Would be surprised if Rahane doesn’t bat up: Agarkar 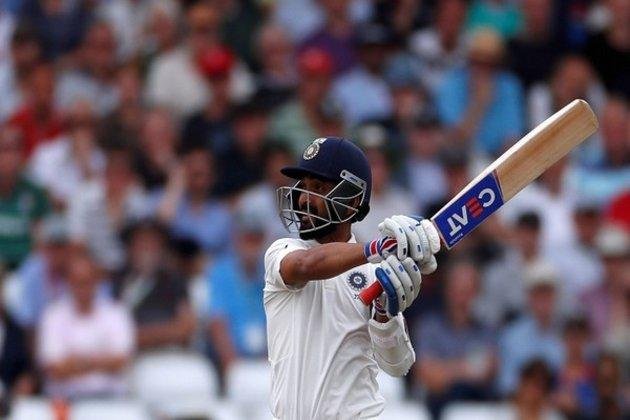 By Vishesh RoyNew Delhi [India], December 24 (ANI): Former India pacer Ajit Agarkar has said that he would be really surprised if Ajinkya Rahane does not promote himself to number four in the absence of Virat Kohli for the remaining three Tests against Australia.

India and Australia will now take on each other in the Boxing Day Test, beginning December 26. Agarkar also feels that Shubman Gill should be the one replacing skipper Kohli in the Indian line-up for the second Test match in Melbourne.

“I think Rahane should promote himself to number four in Kohli’s absence. He has the experience and he has scored runs away from India. This is a time when the leader needs to stand up, I will be surprised if Rahane does not promote himself to number four. I think Shubman Gill should play, I have been advocating for that for a while, he has the potential. I know he opens for Punjab in domestic cricket, but if someone like him does well, he can serve Indian cricket for a long time,” Agarkar told ANI.

India stumbled to an eight-wicket loss in the first Test of the series. On the third day of the first Test, India was bundled out for 36 in the second innings and Australia was given a mediocre target of 90 runs to go 1-0 ahead. Australia chased down the total comfortably inside 21 overs with eight wickets in hand.

Prithvi Shaw was given a nod in the first Test as an opener but he failed to leave a mark as he scored just four runs. Speaking about Shaw, Agarkar said: “Obviously, if your openers don’t perform, it puts more pressure on your middle order. That is a given, especially in overseas conditions if you can play out the new ball, life becomes easier for the middle-order batters. One Test doesn’t make you a good player or a bad player, if it becomes a pattern then you have to worry.

“You also have to remember it has been nine months since India last played a Test match, it is not easy to just turn up and expect things to happen. Even Australia looked rusty but on the third day of the first Test, Australia really bowled well and everything that was bowled well, caught the edge of the bat. India’s openers need to start playing better otherwise life will keep on getting difficult.

“Just because someone failed in a practice game, you do not change the line-up if you think that’s your best team on an overseas tour, you go with it. Rishabh Pant scored a ton in the practice game, but he was not part of the first Test, does that mean it was a wrong decision? Mayank Agarwal has not done much in the first Test either, when you are bowled out for 36, it is unfair to single out a player. One innings does not make you a great or bad player, I was impressed with the decision of playing Shaw in the first Test, if you backed him seeing his performance in practice games, it shows you are sure about your plans. Sometimes you need to stick to them despite what is being talked outside.”Agarkar went on to further say that Shaw should be given yet another Test match as he was chosen in the first Test and it would now be unfair if the team management drops him for the second Test.

“Right now, Shaw is the flavour of the season or the month that everyone is trying to pile up on him, but you have to remember why he was your first choice opening option. To start dismissing people, might be a little harsh, it will not boost his confidence. Everyone can see he is not in great form but it takes just one innings to change that. If you decided to play someone in the first match, then he surely deserves a chance. It will be harsh if there are too many changes after the first Test especially when the team was bowled out for 36,” said Agarkar.

Pacer Mohammad Shami is also out of the Test series against Australia after fracturing his arm in the first Test. The bowler was hit on the arm while facing a bouncer bowled by Pat Cummins in the second innings. When asked whether India will struggle to take 20 wickets in a Test in the absence of Shami, Agarkar said: “It is going to be difficult for sure in Shami’s absence. What Shami and Bumrah have done with Ishant in support has been brilliant. When you lose that type of player early in the series, it is always difficult. It is an opportunity for someone else to make a name, you have to remember these are Australian conditions and as a fast bowler, you do get some assistance.

“If you trust Jadeja to bat at number six, then you can understand playing five bowlers. Otherwise, I do not see any reason for playing five bowlers especially when you were bundled out for 36, you need that extra cushion.”The second Test of the four-match series will be aired on Sony Ten 1, Sony Ten 3, and Sony Six channels, starting December 26, from 5.00 am onwards. (ANI)