World first: Uber to be legalised in Australia’s capital 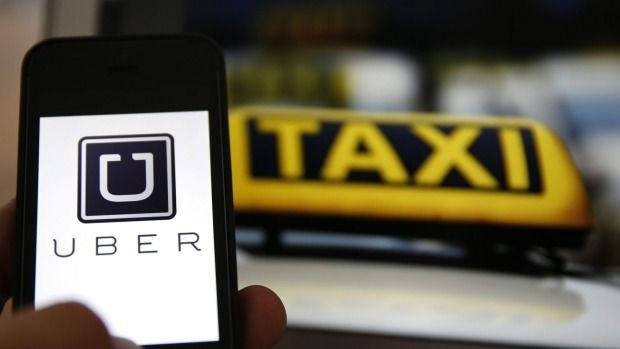 THE ACT will be the first Australian government to legalise and regulate ride sharing with the online transport business Uber ready to start approved operations from October 30.

The Government will roll out laws likely to be copied by other Australian jurisdictions where unregulated Uber is starting to eat into the customer base of traditional taxis, and where worries are growing for the safety of passengers carried by unregistered drivers.

The opening of the Canberra market to ride sharing will be accompanied by reduced fees for taxi and hire car owners to cut their operating costs and allow them to compete with the newcomers.

ACT Chief Minister Andrew Barr today said Canberra was the first national capital in the world to legalise ride sharing and become Uber-friendly before the service had started there.

The reforms also change laws to match the casual Uber attitude — taxi drivers no longer will have to wear uniforms. Presently even wearing a dirty uniform is illegal.

Mr Barr said today ride sharing vehicles and drivers will have to be accredited and registered with attention paid to criminal records, driving histories and five-year health assessments.

Vehicles must pass safety checks and be fully insured with compulsory third-party and property insurance requirements.

UberX drivers will not be able to pick up passengers in a street hail, nor will they be allowed to pick up from taxi ranks. They will also be banned from having any drugs or alcohol in their system while on duty.

Uber has been banned from ‘surge pricing’ during declared emergencies. Last year, Uber was heavily criticised after its software automatically initiated ‘surge pricing’ (which increases prices during times of high demand) during the Sydney siege.

The measures are an acceptance that ride sharing businesses are here to stay and need to meet standards to protect customers.

“Canberra’s taxi drivers will have access to multiple modes of business, from traditional rank-and-hail work to ride sharing and third-party taxi booking apps.

“This will increase productivity and income streams for drivers while providing a consistent and high-quality on-demand transport service for Canberrans.”

Taxi networks also need looking after in the wake of Uber’s legalisation.

“That’s why from 30 October, the Government will reduce costs for drivers and owners of taxis, halving taxi license lease fees in 2016 and halving them again in 2017.

“Annual license fees for hire cars will also be significantly reduced.” Only taxis will be allowed to make kerbside pick ups and use ranks, and ride sharers having to prearrange their fares.

A ride share driver will have to pay a $50 application fee, $65 for a vehicle inspection, and $45 for a police check.