Working on Kapoor & Sons made Sidharth Malhotra miss his family 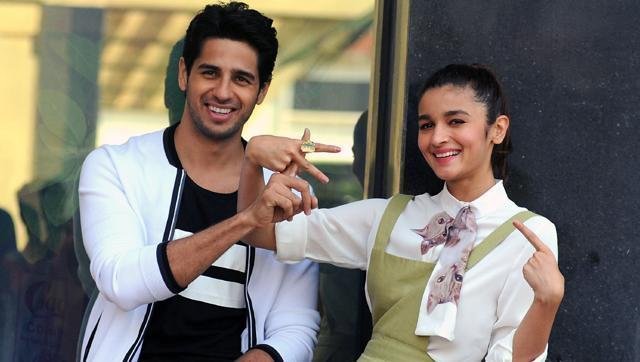 After playing the role of a local goon in Ek Villian (2014) and an intense boxer in Brothers (2015), Sidharth Malhotra will be seen in a completely different avatar in his next, Kapoor & Sons. He is playing the role of Fawad Khan’s younger brother in the light-hearted movie that also stars Alia Bhatt.

“When I saw the film in the editing stage, I realised that the equation that my character shares with his family is very similar to the one I share with my family in real life. I’m the youngest one in my family too, and I used to crib and cry for attention all the time. I used to also blame my elder brother for different things. I used to take the change lying on my grandmother’s dressing table, and go and buy ice creams with it,” recalls Sidharth.

The Bollywood actor, who is originally from Delhi, moved to Mumbai for work a few years ago. “I long for a family in Mumbai now. I live alone here, and I know that it’s a big support to have your family around. People who live with their parents are lucky,” says the 31-year-old.

While Sidharth admits that living alone has made him “more independent and mature”, handling everything on his own often gets cumbersome. “At times, it gets irritating when you have to keep track of everything, from making your bill payments to checking the smallest things in the house. Living alone has taught me a lot. But I long for a family connection. I can’t even fight and throw my weight around on a bad day. Here, I only have my dog to fight with. At the end of a long day, there is nothing like spending time with your family. It really reduces your stress,” adds Sidharth.

Currently, the actor lives in a rented apartment in Bandra (W). He has been looking for a perfect house to purchase for some time now. Initially, he was unable to zero in on a house because of the exorbitant property rates. However, now, he says he has very little time to go house hunting. “I have still not found what I like. Honestly, I haven’t been putting enough hours into that task. I have been travelling so much; the past eight months have been very hectic. So, for now, I’m happy with my rented apartment,” he says.

The promotions for Sidharth Malhotra’s upcoming film, Kapoor & Sons, are in full swing, leaving the actor with no time for anything else. Yet, he recently found the time to fly to Delhi for a day to attend his cousin’s wedding. Ask him if such hectic promotional schedules take a toll on him, and he says, “That is a trick question. All I can say is that the new trend of wrapping up the promotions in five weeks, and making the publicity crisp, is a good one. It is only fair, to the movie and the director who has put in so much love and passion into making the film that the right kind of communication gets out.”

The actor says that he is particularly excited about this film as it will give the audience a chance to see him in a light-hearted role. “After two intense films — Ek Villain (2014) and Brothers (2015) — this was a goofier one. The contrast was very exciting for me. The story is amazing. This film might not be larger than life, but such movies should also be made. You can’t be doing the same things,” he says.