What The World’s Best Cities Will Look Like In 2030 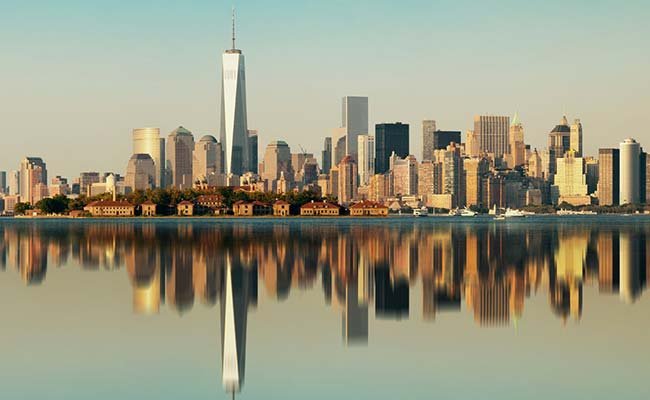 Two mega-trends – the rapid urbanization of the world’s population and the aging of that same population – will soon collide. By 2030, more than 1 billion people (one in eight) will be aged 65 or older, and by 2050, nearly two-thirds of the world’s population will live in urban areas. What’s needed between now and then, according to a new report from McGraw Hill Financial Global Institute, is new thinking about how to create “age-friendly cities.”

Creating an age-friendly city might be harder than it sounds. We still think of major cities – New York, Washington, D.C., Los Angeles – as the playgrounds of the young and ambitious – places where recent graduates can establish a name for themselves in business or entertainment, work for innovative start-ups or take advantage of the latest hipster creations. As they become older, these same individuals traditionally head to the suburbs, leaving the city behind. As a result, we don’t think about the graying of the world’s cities.

Adapting to the challenges of an aging urban population, then, requires a fundamental change in the mindset of policymakers and innovators about who’s actually living in these cities and what their needs might be. One example of this mindset change required, according to the McGraw Hill Financial Global Institute report, is the expansion of options for citizens older than age 55 to become start-up entrepreneurs. In the future, it won’t just be kids out of college launching billion-dollar companies in New York or San Francisco, it could be your grandfather!

The good news is that McGraw Hill Financial Global Institute (MHFI), in partnership with the Global Coalition on Aging, has identified four major principles that can be used to guide the development of the city of the future.

First, the city of the future should have the infrastructure and transportation links to address the needs of citizens of all generations. Second, each city should build new housing options to enable older citizens to “age in place.” Thirdly, each city should include access to community health programs with innovative medical technology for seniors. And finally, the city of the future should have plenty of opportunities for continuing work, education, arts and recreation for all ages.

The report singles out two U.S. cities – New York and Sausalito, California – for their innovative approaches to dealing with an aging population. In New York, for example, some street intersections in high-traffic pedestrian locations have been redesigned to improve the safety of older adults. The city has also created an online learning initiative (“Age-Friendly NYC College Link”) for older citizens. Sausalito received props for Call a Ride Sausalito Seniors (CARSS), a program that provides free rides for seniors aged 60 or older.

If anything, though, the pace of innovation is happening faster overseas than in the United States. That’s largely because there is greater awareness about an aging population in Europe and Asia. According to a survey commissioned by MHFI examining the attitudes and concerns of people around the issues of urbanization and aging, 94 percent of the population in China and 89 percent of the population in Brazil are aware of the pending demographic shift. In comparison, only 49 percent of Americans are aware of the issue.

Greater awareness of an aging urban population has led to some nifty innovations. In Akita, Japan, for example, the installation of snow-melting sidewalks and multiple all-weather walkways in 2012 has helped address weather-related falls and injuries of seniors. In Italy, the city of Bolzano has collaborated with IBM on a “Living Safe” program, which collects sensor data that will contribute to the development of strategies to keep seniors safe and more independent — think of it as Big Data for seniors.

For cities to accommodate the coming aging boom, public and private sectors must come together with innovative solutions to enable age-friendly policies. The good news is that some of the groundwork has been laid. In addition to the MHFI report, there are a lot of good ideas percolating in the background about how to create the city of the future.

In 2016, the World Health Organization will continue work on its “Decade of Healthy Ageing, 2020-2030,” a strategic framework for aging that is expected to gain adoption at the World Health Assembly in May 2016. Aging will also be on the agenda of the World Economic Forum 2016, with a focus on how healthy aging can promote economic growth across developed and emerging economies.

So, putting all this together, we can expect cities of the future to include new transport links that bring elderly citizens (many of whom no longer drive) to where they need to be; new housing communities where elderly can “age in place” comfortably with the help of technology; new medical innovations that are responsive to the needs of older citizens; and new work and leisure activities that aren’t oriented just to young urban hipsters.

This means that some of the cities of the future may be those that don’t immediately come to mind as futuristic. Near the end of the report, McGraw Hill Financial Global Institute notes a few emerging superstars – Newcastle, England; Canberra, Australia; Basque Country, Spain; and La Plata, Argentina – that are at the forefront of becoming age-friendly cities. These cities join Seoul, New York and Hong Kong as urban metropolitan areas that are preparing for a more hopeful — but also a much grayer — future.