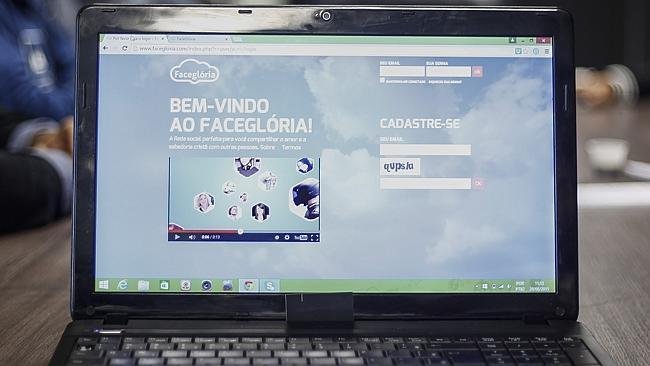 IF you are sick and tired of having your Facebook feed polluted by content influenced by the devil, this new social networking site might be your saviour.

Created by a group of Evangelical Christians in Brazil, Facegloria promises a social media platform completely ‘free from sin’ by removing inappropriate language, raunchy selfies and anything remotely referencing homosexuality.

Web designer Atilla Barros said the website has forbidden the use of 600 ‘sinful’ words and has an ‘Amen’ button instead of a ‘Like’ button for when users want to show appreciation of a post.

“On Facebook you see a lot of violence and pornography,” he said.

“That’s why we thought of creating a network where we could talk about God, love and to spread his word.”

Since its inception, Facegloria has attracted more than 100,000 members and Mr Barros said he expects the sin-free format to bring many more.

However, to ensure the website maintains its squeaky-clean image, Facegloria has had to enlist the help of more than 20 volunteers to patrol the site.

“We want to be morally and technically better than Facebook. We want all Brazilian Evangelicals to shift to Facegloria,” he said.

One such volunteer, Daiane Santos, spends six hours a day policing the social media platform, as well as working at the town’s commerce department.

Sacrificing your spare time to trawl an entire social media platform for bad language, risqué selfies and pictures containing tobacco or alcohol might sound like an unpleasant job, but Mr Santos says the task is far from tedious.

“Our public doesn’t publish these kinds of photos,” he said.

Mr Barros said the idea for the website was born while he and its three co-founders were working in the office of the mayor of Ferraz de Vasconcelos, Acir dos Santos.

He added that the mayor was so impressed with the proposal he invested $AU20,000 into the venture.

“Our network is global. We have bought the Faceglory domain in English and in all possible languages,” he said.

While currently only available in Portuguese, the website developers plan to expand into other languages and will soon release a mobile app of the site.