Virat and I bring out the best in each other: AB de Villiers 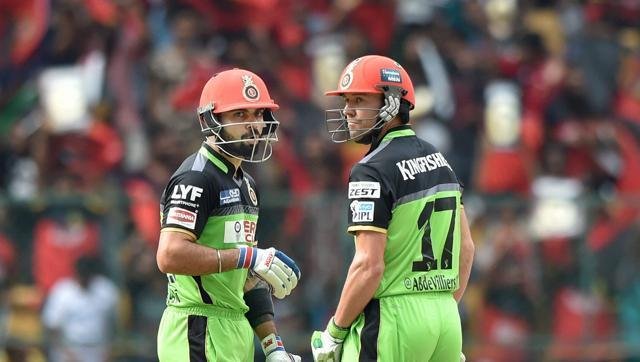 While Virat was unleashing a barrage of the most perfect strokes to all corners of the ground, I stood at the non-striker’s end and looked around the stadium, a seething cauldron of colour and noise, and felt blessed to have been put in this position.

The numbers tell their story.

Our partnership of 229 was the highest in the history of T20 cricket, beating the previous record of 215, set by Virat and me when we batted against Mumbai Indians in last year’s IPL. Virat’s century was his third in this year’s tournament. We managed to score 112 runs in the last five overs, comfortably beating the previous IPL record of 88 we scored against Mumbai last year.

Virat and I get along well. We understand each other, enjoy batting together and, I hope, bring out the best in each other. This was our fourth century partnership of IPL 9, even though I’m sure we would swap all of these stands for a few more wins for the team.

Before the match, we had spoken about the need to show calm energy, to take control of the game without getting excited, and I decided I would take an aggressive approach. It just felt right. Both the Lions’ wrist spinners missed their mark a couple of times, and that gave us the opportunity to create some momentum and get the scoreboard moving.

From then on, it was a question of reading the game and going with the flow, riding on the excitement of the crowd, taking advantage of anything fractionally short or fractionally wide, and building a total that would help us towards securing an important victory.

Virat has said some kind words about me in recent weeks, and that means a lot. However, in my view, the quality of his stroke play and amazing consistency combine to make him the best batsman in the world.