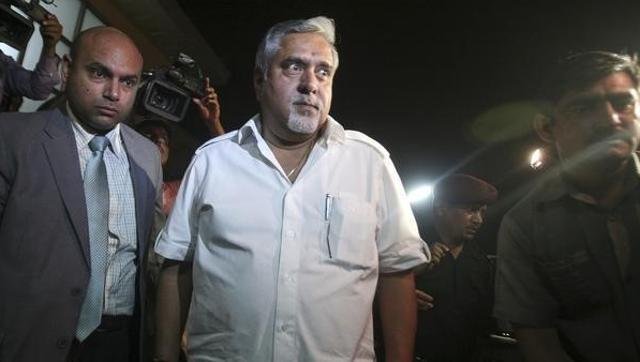 Liquor baron Vijay Mallya, under pressure from banks to repay around Rs 7,000 crore of debt owed by his collapsed Kingfisher Airlines, left India last week despite a ‘look out circular’ against him at the country’s exit and entry points, a CBI source said on Wednesday.

The circular was issued at the request of the Central Bureau of Investigation after the agency registered an FIR against Mallya, Kingfisher Airlines and others last October, the source said.

More than a dozen state-run banks – led by the State Bank of India – had appealed to the Supreme Court asking that Mallya be banned from travelling overseas.

On Wednesday, Attorney General Mukul Rohatgi, representing the banks, told the apex court he had been told that Mallya left India on March 2, and asked the court to demand his return. Mallya’s exact whereabouts are not known.

The CBI source said LOCs are issued to alert immigration authorities to prevent “any absconding criminal or person required by enforcement authorities” from leaving the country. The circulars stay active for one year after which it can be extended on merits.

“Due to the circular, he should have been stopped from leaving the country’s borders and authorities should have been alerted about his move in real time,” the source said. It is suspected that Mallya left for the United Kingdon in a private flight last Wednesday.

“We do not know at this juncture whose lapse it was, but it is being examined as to how Mallya left despite the look-out circular.”

Mallya, who is a Rajya Sabha MP, has not taken a leave of absence from the House. An official said he attended the House on March 1 and needed to formally inform it if he was to be absent for 10 days or more.

Mallya left India on March 2 despite huge outstanding loans and was most likely headed for England where he possessed several assets, Rohatgi told the Supreme Court.

“On March 2 banks had moved the DRT (Debt Recovery Tribunal) for freezing his passport and stopping him from leaving country… I am now told by CBI that on March 2, he has left the country,” Rohatgi said.

“Ask him to appear before the Supreme Court and bring his passport…We just want our money back…not after anybody’s blood,” the attorney general told the top court.

“The CBI questioned him three times in Mumbai and Delhi after the October loan default FIR. We still got an LOC issued against him as a safety measure,” another CBI source said. “It’s a fact that for business and personal reasons Mallya frequently goes abroad and CBI is examining the nature and implications of this trip abroad,” he added.

Sources told HT that Mallya was in London “a short while ago”, but said they were unable to confirm if he was still in town. Edinburgh-based sources also said they were unaware of his presence in Scotland, where he had business interests until recently.

“We haven’t received anything formally from Delhi,” a spokesperson of the Indian high commission in London said.

The Bombay high court said on Wednesday it would hear on March 11 a service tax department plea to recover government dues running into crores of rupees from Mallya and other Kingfisher Airlines directors.

In Mumbai, a Diageo spokesperson said the first tranche of Rs 269 crore was paid to Mallya at the time of signing the agreement in February and that the next round of payment was due in 2017.

On Monday, the Enforcement Directorate (ED) registered a money-laundering case against Mallya while the Debt Recovery Tribunal said he could not touch the Rs 515 crore till the matter was decided.

The DRT will hear the matter again on March 28.

The ED case is based on a CBI probe initiated in October last year into alleged “wilful default” by the high-flying promoter of Kingfisher Airlines on a Rs 900 crore loan in conspiracy with IDBI Bank representatives.

SBI, the largest lender to Kingfisher, had approached the DRT in Bengaluru to restrain Mallya from withdrawing the Rs 515 crore he got as a severance package from Diageo, the world’s largest spirits maker.

The United Spirits board last year asked Mallya to resign after an internal investigation spearheaded by Diageo found he diverted funds to other companies under his control, a charge he denied.

Banks owed money by Kingfisher Airlines have demanded “first right” to the Diageo cash, arguing that they were left with unpaid debts worth Rs 7,000 crore when the company collapsed more than three years ago.

SBI declared Mallya — once known as “The King of Good Times” for his flashy lifestyle and lavish parties — a wilful defaulter last month. A wilful defaulter is one who can pay but does not, that is, someone who has the ability to pay but is unwilling to do so.