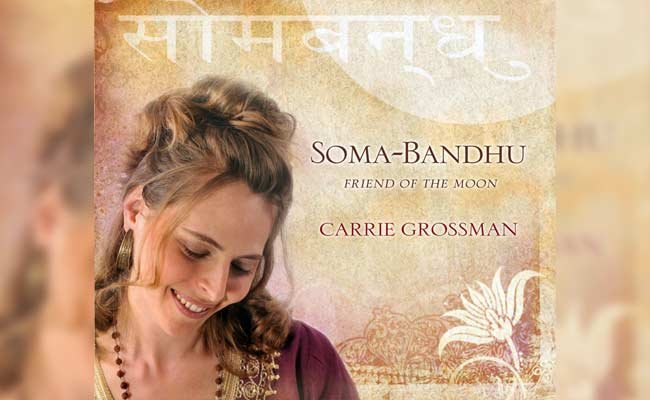 A group of students at an Ivy League University near New York protested a performance by one of its white graduates, accusing her of “cultural appropriation” as she performed Hindu chants and meditation at an event on campus.

15 students protested outside Carrie Grossman’s performance last week titled ‘An Evening of Devotional Music’ of Hindu chants, questioning her on whether her performance constituted cultural appropriation, a report in the university paper The Brown Daily Herald said.

The performance had been advertised as an “intimate evening of inquiry, music and meditation” on a Facebook post of the event.

Ms Grossman tried to respond to the protestors saying that she had discovered chanting on a visit to India and had “found (chanting) very powerful and very healing,” the report said.

As she began describing her experience with Hindu chanting, the students questioned on her appropriation of Hindu culture.

“How does your whiteness impact how you engage with these cultures?” one student asked.

Another student said that Ms Grossman’s website used “disturbing and appropriative language” because it says that she “enjoys… pretending to be a Vedic priestess.”

Before Ms Grossman’s performance, student leaders of the Contemplative Studies Departmental Undergraduate Group (DUG) had said in an opening statement regarding the protesters that “We see ourselves, as well as anyone that engages in the fruits and perils of globalisation that are running their course, as responsible for a constant and critical examination of our behaviours, beliefs and attitudes,” the report said.

The DUG leaders also said that while they had planned the event with good intentions, they “humbly acknowledge that those intentions do not preclude harm and hurt that we may have inflicted.”

The student protestors, who continued asking questions while Ms Grossman performed, were told by audience members to be quiet and some even told the protestors to leave.

The students were “asked to leave by the deans or to stay if we wanted” due to their constant questions, a student protestor Sohum Chokshi said in a Facebook message.

As Mr Chokshi exited, he announced that the protesters would hold their own ‘kirtan’ outside the room.

After her performance, Ms Grossman and several members of the audience joined the protesters outside the hall for a question-and-answer session.

“What is your working definition of cultural appropriation?” an Indian-origin student Aanchal Saraf said to which Ms Grossman replied that she defined it as using elements of other cultures “in your own way.”

Later, Ms Grossman apologised for not understanding the consequences of her action or the offence that they would cause.

Ms Saraf responded, “You’re saying that it wasn’t intended to be harmful doesn’t make it an apology.”

Ms Grossman should use her “privilege to make structural change. You as a white person are protected,” Ms Saraf said adding that she wanted Ms Grossman to leave with that message because “that’s what radical love looks like.”