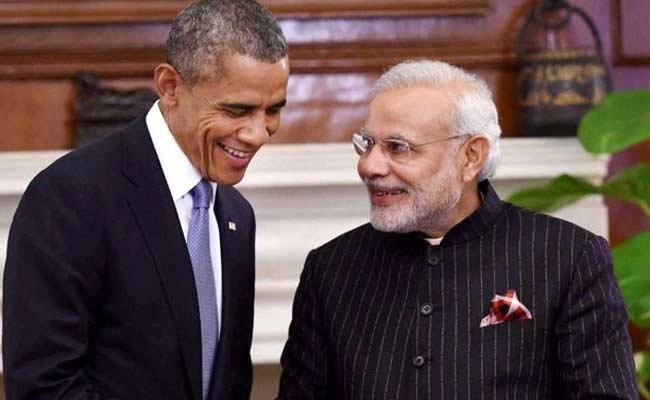 New Delhi: US President Barack Obama tonight called up Prime Minister Narendra Modi to greet him on Diwali and they agreed to meet in Turkey on the sidelines of the G20 Summit to be held early next week.

“A short while ago @POTUS (President of the United States) called. We exchanged Diwali greetings. This was our first conversation through the newly-established hotline,” Mr Modi tweeted.

“President Obama & I look forward to meeting in Turkey during the G20 Summit,” he said.

Mr Modi said President Obama and he “discussed a wide range of other issues as well. It was good knowing how @WhiteHouse is marking Diwali.”

After his visit to the United Kingdom beginning on November 12, Modi will travel to Turkey to attend the G20 Summit to be held on November 15-16.

The Summit is being held at a critical juncture after the adoption of Sustainable Development Goals agenda at the United Nations and ahead of the climate change Summit in Paris on November 30 to December 1.

“During the Summit (in Turkey), we will review the progress on decisions taken at the Brisbane Summit and take up issues of climate change, terrorism, refugees, weak growth in global economy, strategies for growth and employment, investment strategies, trade, energy and financial sector resilience,” the prime minister had said in a Twitter post a few days ago.