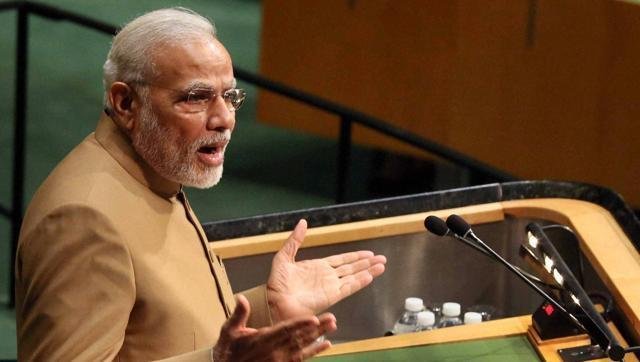 US House of Representatives speaker Paul Ryan on Thursday announced he has formally invited Prime Minister Narendra Modi to address a joint meeting of congress on June 8.

“The friendship between the United States and India is a pillar of stability in an important region of the world,” Ryan said at his weekly news briefing on Capitol Hill.

“This address presents a special opportunity to hear from the elected leader of the world’s most populous democracy on how our two nations can work together to promote our shared values and to increase prosperity. We look forward to welcoming Prime Minister Modi to the United States Capitol.” This will be the first joint meeting of Ryan’s speakership.

Hindustan Times had first reported that there was a move to invite to the Prime Minister to address a joint session of the US congress at request of top lawmakers from both parties.

In 1949, prime minister Jawaharlal Nehru had addressed only the House of Representatives but not a joint session or a joint meeting of congress.

There was a move to invite Modi to address congress during his first visit to the US as prime minister in 2014, but it didn’t work out with then speaker John Boehner citing scheduling issues.

This time, the move to invite him started on April 9, with a letter to Ryan from Ed Royce and Eliot Engel, chairperson and ranking member of the House foreign relations committee, and co-chairs of the House India caucus George Holding and Ami Bera, the only Indian American member of US congress.

“Given the depth of our relationship with India over range of areas — defence, humanitarian and disaster relief, space cooperation, conservation and innovation — we believe this is an ideal opportunity for the Congress to hear directly from the Prime Minister,” they wrote in the letter.

“It is our understanding,” they added, “if invited, the Prime Minister would accept.”

Ranking member Engel said in a statement on Thursday, “It’s great news that Congress plans to roll out the red carpet for Prime Minister Modi. In the last few years, the long relationship between the United States and India has grown even stronger. Our collaboration on issues from climate change and the environment to defense to economic growth shows just how many concerns our countries share.”

Welcoming Ryan’s invitation to Modi, Bera said in a separate statement: “As the son of parents who emigrated from India, this is a special privilege for me and I look forward to working to strengthen our special global relationship with India.”