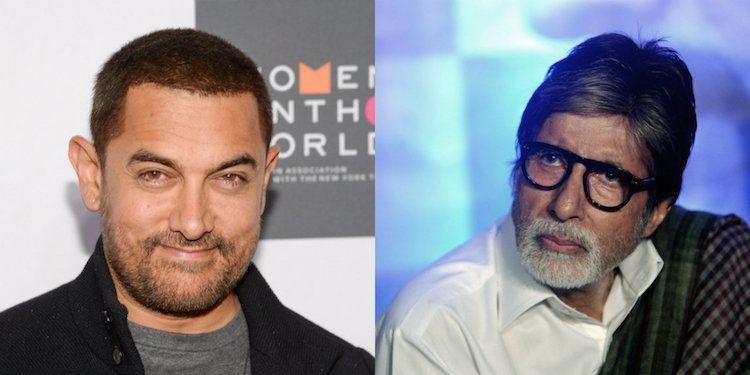 The controversy around the upcoming film Udta Punjab, a film on the drug menace in Punjab, refuses to die down.

Even as some of the biggest filmakers from Bollywood went all out to defend the film and its co-producer Anurag Kashyap in his standoff with the Central Board of Film Certification (CBFC) on Wednesday, actor Amitabh Bachchan has also commented on the issue.

During a promotional event for his forthcoming film, Te3n, when asked about the Udta Punjab conroversy, Bachchan said, “I am not aware of the issue, but would like to say that don’t try to kill creativity.”

“I hope we can device a system where there is certification rather than censor. Don’t try and kill creativity. We all must have the freedom to create because we are in this field and all we have is our soul to create,” Bachchan told a TV news channel. He added it is unfortunate that the makers had to move court, which might result in the film’s delay. “When you kill our creativity, you kill our soul. That would be detrimental to progress per say. I am not aware of Udta Punjab issue. But it is unfortunate that there is going to be a delay that they have to fight their way to the high court,” he said.

“But that there have been instances with me in the past as well where films were denied release and we had to go to higher authorities. Eventually, creativity won. But yes delay was something that one had to cope with,” Bachchan added. The actor feels a censor problem at the time of a film’s release acts as a “setback” for the maker as all the aspects from distribution to marketing are ready by then. “If you are dissatisfied with something, there is a tribunal, there are courts and there have been cases where eventually the maker has gone to court and come out with the decision that is pro him. “The only problem comes when the censor problem of a film comes at the time of release and everything is set up — distribution, set up, publicity, theatres, publicity, marketing. At this point, if there is an obstacle to get certification then it sets you back. That is really bothersome.”

Meanwhile, another Bollywood superstar has come out in support of Udta Punjab, which is embroiled in a major controversy over censorship.

Aamir Khan is the latest celebrity to join the list of growing voices from the film industry, who have protested against the censor board’s demands to remove the word Punjab from the title and the story and make 89 cuts.

“It’s very unfortunate. I’m pained that the film is going through this. As per my knowledge, it is based on drug addiction and delivers a social message. I don’t think there is anything that should be cut or audience should be kept away,” Aamir said on the sidelines of an event in Mumbai.

Adding that the voice of a filmmaker should not be throttled, he said, “It reflects badly on CBFC. I hope the film gets justice at the Tribunal. There should be freedom of speech. Every Indian should have this right.”

Eminent filmmaker Shyam Benegal, who heads the government-appointed censor board revamp committee, also came out in support of the film. “Technically it (Udta Punjab) is a very well made film,” he said after watching a special screening of the film.

Earlier in the day, in a press conference, Mahesh Bhatt said it was a shame that a movie which “holds a mirror” and shames the Indian society about the drug menace “is being strangulated”. “This is not the industry’s problem at all, this is the problem of this country,” he said. “A person who is a roadblock and not a facilitator should be removed. That is something intolerable, unaccepted to film fraternity and we want him out. His move is malicious and vicious. He lies, delays the process and will bully the person,” his brother, Mukesh, who is the president of Film and Producers Guild of India, said.

Filmmaker Zoya Akhtar said burying one’s head in the sand will not make the problems disappear. “You can’t certify something as adult and then give 89 cuts. We are in constant denial of what is going on in the society. It’s like it does not exist. There is no drug problem, there is no marital rape, there is no racism… It’s just ridiculous,” she said.

These reactions come after leading directors like Mahesh Bhatt, Sudhir Mishra and Imitiaz Ali spoke in support of the film at a press conference held in Mumbai by the makers of Udta Punjab.

Earlier on May 28, when asked about the controversy, Bachchan had reportedly said, “There are some rules made by government and the censor board has to abide by those rules. There are some guideline which the film fraternity has to follow while reviewing the film and accordingly they decide which scenes should be edited.”

Kashyap has dragged the censor board to the Bombay high court over the controversy surrounding his film.

The producers have asked for a copy of the order passed by the censor board’s review committee on May 3, purportedly suggesting cuts in the Shahid Kapoor-starrer and removal of all references to Punjab.

The petition, which will be taken up on Thursday, said the government and the censor board should share the committee’s decision on the “objectionable” scenes and dialogues in the film that is slated for release on June 17.

The petition, filed by Phantom Films, a production and distribution company established by Kashyap, has also sought an A certificate for the movie that will allow for adult viewing only but will let the film keep its title.

The 43-year-old filmmaker Tuesday took on central board of film certification chief Pahlaj Nihalani, accusing him of operating like an oligarch for ordering the cuts. Kashyap, however, said they were waiting for an “official letter” from the board.

The censor chief, in an exclusive interview to HT, hit back at Kashyap, saying the film was littered with expletives and vilified Punjab. “Mr Kashyap is like a child being denied a toy. He loves to make a noise every time a film directed or produced by him is released. And since he makes a lot of movies, he also makes a lot of noise,” Nihalani said.

With Punjab due for state elections, the controversy has assumed political overtones. The Congress and Aam Aadmi Party, which fancies its chances in the northern state, criticised the board. The two parties also accused Punjab’s ruling SAD-BJP alliance of exercising influence to “censor” the movie.

The Shiromani Akali Dal, an NDA partner in power in Punjab for nine years, says the film tarnishes the image of the state and its people.

Nihalani denied he was under pressure from the Centre to censor the film. The board was being allowed to do its job, he said.