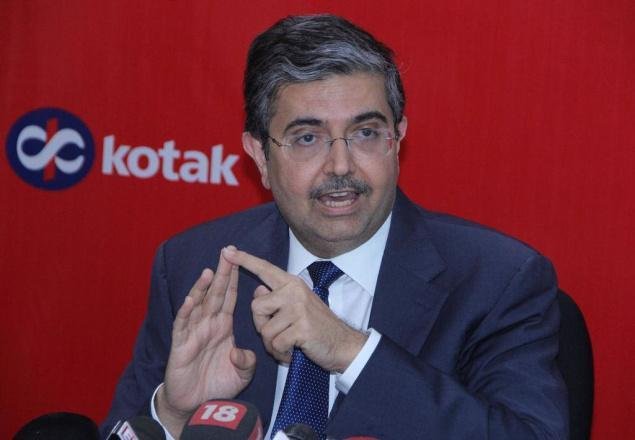 Kotak Mahindra Bank chief Uday Kotak, who has a net worth of about $7.1 billion, is the sole Indian in Forbes’ list of 40 of the most powerful people in the financial world who control the flow of trillions of dollars around the global economy.

The 57-year-old Kotak is ranked 33rd in the Forbes list of ‘Money Masters: The Most Powerful People In The Financial World’ topped by Blackstone Group’s CEO Stephen Schwarzman, who has a net worth of $10.2 billion and oversees assets worth $344 billion.

It said the 40 financiers on the list dominate the world of money, from banking to buyouts, trading to takeovers.

“The hedge fund managers, private equity moguls and lenders who control the flow of trillions of dollars around the global economy impact just about all of us one way or another,” Forbes added.

With the Kotak bank overseeing $34.6 billion in assets, Forbes said the Indian billionaire, who has a net worth of about $7.1 billion, has made his fortune lending to the sprawling masses between Mumbai and Delhi and has also taken a stand on behalf of savers.

“His bank is continuing to offer 6 per cent on savings accounts, even as falling rates make it harder to do so. Kotak is gung ho on his native country and believes investing in India is like a Bollywood movie long, but with a happy ending,” it said.

“Even after a run-up in asset prices, the chief of the world’s biggest private equity firm is finding ways to put money to work, including recent real estate deals in India, where Blackstone Group now owns 30 million square feet of office space in major cities,” Forbes said.

The candidates on the list were judged on net worth, assets under management or overseen, three-year track records and influence on markets.