The UAE May Build A Mountain To Make It Rain 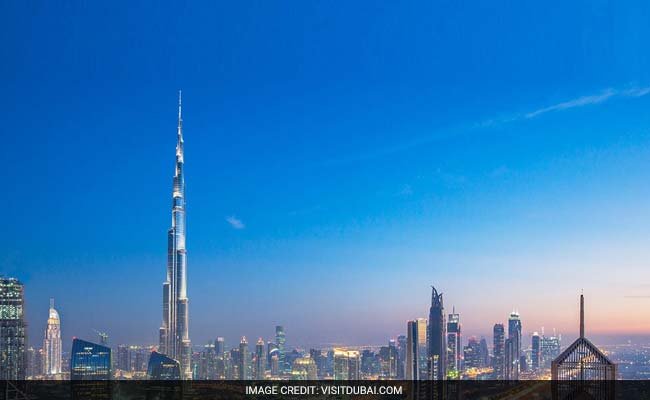 The United Arab Emirates is certainly no stranger to ambitious mega-projects. Just take a look at the towering Burj Khalifa, currently the tallest building in the world, or the Palm Jumeirah, the artificial archipelago in the shape of a palm tree that juts out into the sea near Dubai.

Even by the UAE’s standards, however, building a mountain would stand out as an ambitious plan. And perhaps what’s so remarkable about this plan is that despite its audacity, it would serve a sadly utilitarian purpose: to bring rain.

According to the Dubai-based publication Arabian Business, UAE is in the early stages of evaluating how a man-made mountain could help maximize rainfall in the country, consulting with experts from the U.S.-based National Center for Atmospheric Research (NCAR) to study the idea. “What we are looking at is basically evaluating the effects on weather through the type of mountain, how high it should be and how the slopes should be,” Roelof Bruintjes of NCAR told Arabian Business. “We will have a report of the first phase this summer as an initial step.”

Mountains are important to rainfall. As moist air reaches a mountain it is forced to rise, cooling it. The air may then condense and turn to liquid, which can then fall as rain. This generally means that rainfall will occur on the mountain’s area that faces the wind while the other side of the mountain will be drier.

Rain is a big issue in the UAE. Generally, it rains only a handful of days each year and during the summer, when temperatures can reach 110 degrees Fahrenheit, there is often little or no rainfall at all. Most years the total annual rainfall doesn’t break 5 inches — in comparison, Washington D.C. gets almost 40 inches a year.

That can create a serious water security problem in places, such as Dubai, designed to be an international destination for both work and play, and in rural areas where many farmers still rely on flood irrigation systems. Growing water consumption has already made UAE residents among the biggest per-capita consumers around the world, despite government attempts to restrict some water use.

In response to this, for the past few years, there has been a campaign across the country to create more rainfall through artificially seeded clouds. Arabian Business recently reported that around $558,000 has been spent on 186 cloud seeding missions across in UAE last year, and the UAE Research Programme for Rain Enhancement Science recently announced a $5 million research grant for teams studying the technology. So far, the campaign seems to have worked, with higher levels of rainfall than predicted. However, perhaps not everything has gone completely according to plan: A record rainfall in March, partially attributed to cloud-seeding, saw over 11 inches fall in less than 24 hours. That rainfall also created chaos in the country, with the heavy rains and winds resulting in flooding and canceled flights.

Cloud seeding isn’t the only idea being pursued: The country has created a number of huge desalination plants to create fresh water from seawater. More ambitious (or perhaps, unrealistic) ideas include a pipeline from Pakistan or icebergs floated down from the Arctic.

Mountains can have a major effect on rainfall and could, in theory, at least be used to trap rainfall in a certain area. However, while the UAE does have some mountains in the far northern part of the country, only a small amount of the population actually lives there. The idea of building a mountain certainly therefore sounds appealing, though it would likely be dependent on cost: One proposal to build a 1.2 mile-high mountain in the notoriously flat Netherlands was found to be feasible if the mountain were hollow: Estimates for the cost went as high as $230 billion.

So far, UAE has spent $400,000 investigating the idea. Speaking to Arabian Business, Bruintjes of NCAR admitted that the eventual cost of the project may eventually be too much for the UAE.

“Building a mountain is not a simple thing,” he said.