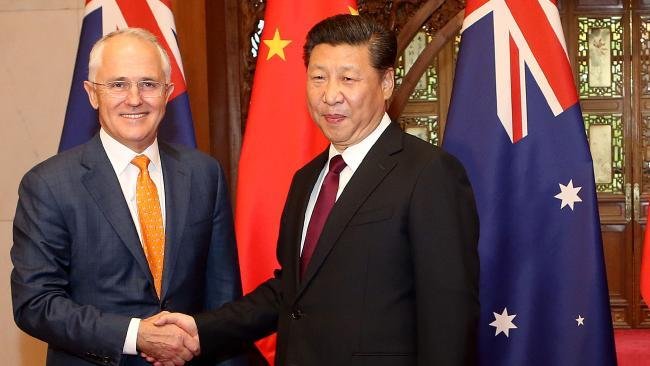 Chinese President Xi Jinping has congratulated Malcolm Turnbull on his re-election as the leaders met on the sidelines of the G20 summit.

President Xi said on Sunday he wanted the summit to boost economic confidence around the world.

Mr Turnbull told President Xi in the eastern Chinese city of Hangzhou, where open markets and tax reform are on the agenda, that “economic reform behind the border” was important.

President Xi described Australia as an “important member of the G20” and China attached great importance to developing relations.

“With joint efforts of all parties the G20 Hangzhou summit will achieve fruitful results, boost the confidence of countries in the world and inject new impetus to the global economy,” he said.

He said hoped the two sides would remain committed to “mutual trust and mutual benefit, expanded practical co-operation, increased people to people and cultural exchanges and healthy and stable development of our comprehensive strategic partnership”.

“The agenda you set recognises that the keys to ensuring economic growth … are trade, open markets, innovation, investment in infrastructure, ensuring we have economic reform behind the border.”

Mr Turnbull said the G20 trade facilitation agreement being discussed at the summit would be important to opening economic borders.

“We are very pleased to see the very strong agenda to tackle multinational tax avoidance that was begun in Brisbane several years ago is being continued,” he told President Xi.

“And I can assure you my government has already enacted and committed to further strong measures to ensure that, in this very transformed digital economy the benefits of which we all enjoy … the people of our country and indeed the people of all countries should ensure that their governments are able to collect the taxes they need to provide the services their citizens deserve. ”

He said the G20 summit, which starts on Sunday afternoon, should strive to ensure “all people understand the benefits of trade, open markets and innovation”.