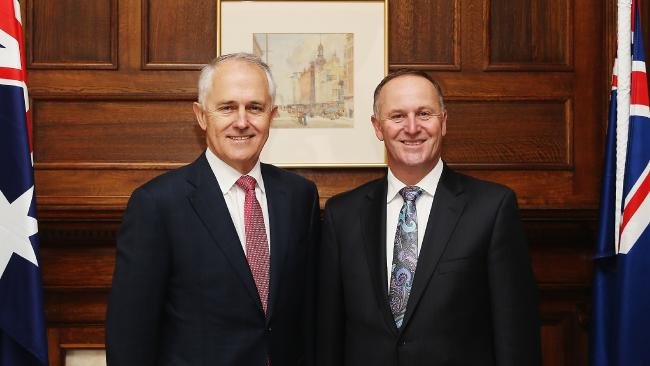 Malcolm Turnbull and John Key will discuss a joint response to Britain leaving the European Union, after the New Zealand prime minister returns from overseas next week.

Mr Key has been in the UK and Europe for talks on the impact of the Brexit.

A spokesman for Mr Key told AAP there were areas of common interest where Australia and New Zealand could work together to negotiate better trade access to the UK and EU.

“The prime minister is planning to discuss his visit to the EU and UK with Mr Turnbull on his return,” the spokesman said.

He’ll also be updated by NZ’s trade minister Todd McClay who met with officials from both the UK and the EU at the G20 trade ministers meeting in Shanghai over the weekend.

Australia did not have any minister at the G20 meeting. However, a senior government official and the ambassador to China Jan Adams attended.

Mr Turnbull has asked Treasury and financial regulators for a report on possible responses to the Brexit.

Mr Key and Mr Turnbull will also separately meet with Joe Biden during a brief visit to Australia and NZ by the US vice-president next week.