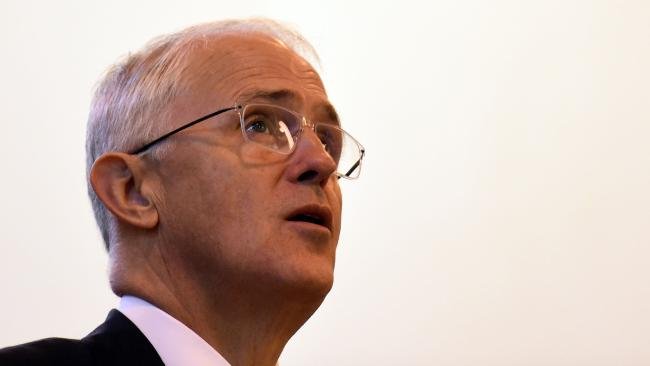 THE next election is expected to be held in a month beginning in A.

That’s about as precise as we can be at the moment as the Prime Minister dangles at least two polling day options in front of government MPs, crossbench senators and Opposition Leader Bill Shorten.

And he won’t say which one is his preference in what is being seen as a deliberate strategy to menace and confuse. But some basic calculations show it will be in April or August.

Malcolm Turnbull told his troops today a double dissolution election was still a “live option” with voting in possibly April, just before the scheduled May Budget.

It would be fought on trade union reform — or more strictly, on Labor’s opposition to the government’s union crackdown. The trigger would be a rejection of legislation to create the Australian Building and Construction Commission (ABCC), reintroduced to the House of Representatives today.

However, at the same meeting, the first of government backbenchers for the year, Mr Turnbull also indicated he would call the election as scheduled in about six months.

That was a hint he wanted to follow the schedule and go to the polls for a regular election as soon as possible, which would be August.

Liberal director Tony Nutt was there to reinforce the message to the meeting.

The Prime Minister has consistently said he would go to a regular election late in the year. Last week he told reporters that “all other things being equal, in August, September, October”.

However, the Liberals now see a need to make the distance from Labor more obvious, and the tool for that would be an assault on illegal workplace practices by unions.

The Prime Minister believes voters understand his bid for greater oversight of trades unions and would equally be suspicious of any Labor attempts to block the building industry body.

The double dissolution threat would also be aimed at Senate crossbench members. The government needs at least six of their eight votes to get the ABCC through. A double dissolution could see their political life shortened from six years to three.

However, a double dissolution — in which all seats in both the Senate and the House of Representatives are at stake — could see other independents and minor parties elected, worsening the government’s troubles in the upper house.

And there would have to be a half-Senate election within 20 months to put both houses back in synch. A normal general election is for the House and half the Senate, as directed by the Constitution.

It will not be possible to call one of those normal general elections until after July 1, making the earliest date in August.