Think before you take that painkiller, for your brain’s sake 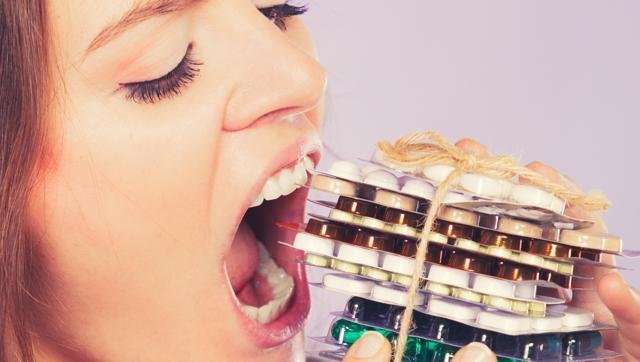 Think before you pop in that tablet to kill pain. Scientists have found that a common and effective painkiller, acetaminophen, may impede the brain’s ability to detect errors.

The research from the University of Toronto and University of British Columbia in Canada is the first neurological study to look at how acetaminophen could be inhibiting the brain response associated with making errors.

“Past research tells us physical pain and social rejection share a neural process that we experience as distress, and both have been traced to same part of the brain,” said Dan Randles, a postdoctoral fellow at the University of Toronto.

Recent research has begun to show how acetaminophen inhibits pain, while behavioural studies suggest it may also inhibit evaluative responses more generally. Previous research has also found that people are less reactive to uncertain situations when under the effect of acetaminophen.

For the study, two groups of 30 participants were given a target-detection task called the Go or No Go.

Participants were asked to hit a Go button every time the letter F flashed on a screen but refrain from hitting the button if an E flashed on the screen. “The trick is you’re supposed to move very quickly capturing all the GOs, but hold back when you see a No Go,” said Randles.

Electroencephalogram (EEG) was used to measure electrical activity in the brain of the participants. The researchers were looking for a particular wave called Error Related Negativity (ERN) and Error Related Positivity (Pe). Essentially what happens is that when people are hooked up to an EEG and make an error in the task there is a robust increase in ERN and Pe.

One group, which was given 1,000 mg of acetaminophen — the equivalent of a normal maximum dose — showed a smaller Pe when making mistakes than those who did not receive a dose, suggesting that acetaminophen inhibits our conscious awareness of the error. “It looks like acetaminophen makes it harder to recognise an error, which may have implications for cognitive control in daily life,” said Randles.

“Sometimes you need to interrupt your normal processes or they’ll lead to a mistake, like when you’re talking to a friend while crossing the street, you should still be ready to react to an erratic driver,” said Randles. “The task we designed is meant to capture that since most of the stimuli were Go, so you end up getting into a routine of automatically hitting the Go button,” he said.

“When you see a No Go, that requires cognitive control because you need to interrupt the process,” he said. The research was published in the journal Social Cognitive and Affective Neuroscience.