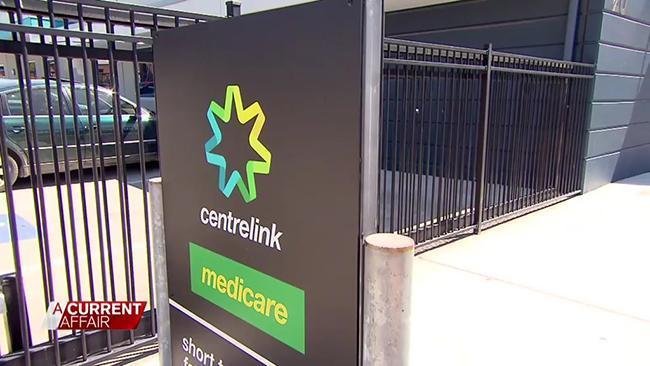 LACK of opportunity, lack of education, lack of example … or just lazy?

An investigation by A Current Affair looking into Newstart allowance recipients has identified suburbs with the largest number of people on the dole, and the reasons why they’ve hit hard times.

According to the program, the Newstart allowance costs taxpayers $8.4 billion a year, with singles entitled to $501 and couples to $452, each, a fortnight.

Looking at Brisbane, Gold Coast, Sydney, Melbourne and Perth, ACA revealed that Melbourne’s western suburb Werribee had the largest number of Newstart recipients with 4609, closely followed by Gold Coast’s Palm Beach with 4178, and Broadmeadows, once again from Melbourne, with 4006.

Palm Beach locals, however, say the work’s just not there.

One man interviewed by ACA said his 34 years experience as a truck and bus driver have come to nothing, leaving him consigned to a life of unemployment after many local employment agencies have just shut.

In Ipswich, the situation is similar: at 3441 people on the dole, Ipswich stands as Brisbane’s second most welfare-dependant suburb, and locals claim they are disadvantaged and discriminated against by employers just for living there.

“It affects me socially as well when I say I’m from Ipswich, people are like, ‘ohh, you’re from Ipswich’,” said one woman.

“Yet stuck in my rut. A lot of my friends who are from here, my housemate in fact, she’s stuck in a rut, where it’s like: ‘I’m from Ipswich and no one wants to hire me because I’m from Ipswich, everyone takes one look at me and they say, you’re from Ipswich’.

“So some people do feel that the stigma is there.”

Others say they have not had a job interview for as long as six months, due to increased population and a lack of work.

Yet, as disheartening it is to be consistently knocked back from jobs because of lack of skills, Grant Richards, once jobless and homeless, now runs a program setting up cafes to teach unemployed hospitality skills and get off the dole.

“You’ve got such a huge amount of people that are unemployed with too much time on their hands they go out to try to get employment, they find themselves unable to get employment which just brings everyone’s morale down.

“Then they’ve got friends who don’t have work, and it’s just a downward spiral,” he told ACA.

In Sydney, Liverpool has the highest number of unemployed at just under 4000, with some locals claiming it’s a “way of life”.

“To sit at home and receive that money that comes into your bank account that you don’t even have to go into an office any longer, you just stick your card into a telemachine and you take your money and you think you’re entitled to it,” she told ACA.

LISTEN TO THE DAY’S TOP STORIES

But Liverpool mayor Ned Mannoun denied the suburb was full of “lazy” people, saying the area is growing so fast there just aren’t enough jobs to keep up with the number of people moving there

Adelaide, on the other, has been hit hard by its car manufacturing industry collapse, leaving thousands out of work, especially in the suburbs Elizabeth and Salisbury.