These apps will turn your kids into gaming whizzes 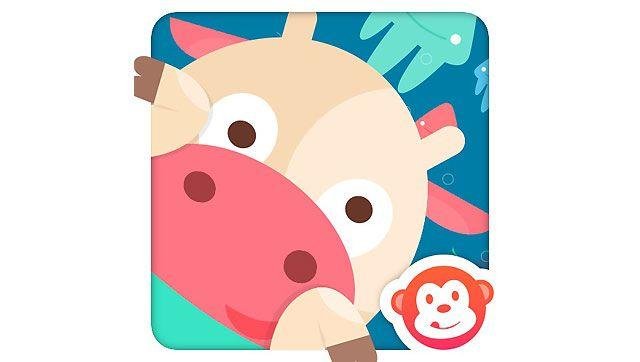 There’s always time for a little bit of gaming, especially over a long summer break, so load up on interactive games and apps for long journeys, balmy evenings or rainy days with this selection. Today, we’re looking at five recent apps suited to younger kids.

Available in English, Spanish, and Chinese, and a new sequel to “Monki Hide & Seek” on Android and iOS, this colorful collection of animated scenes helps players pick up on words and sentence structures as they’re looking for animals hiding in funny places. The first of four mini-games is free, with the others as $2.99 in-app purchases. Aimed at 2-6 year olds.

On Google Play and iTunes

Turn Icky from a mussy, messy bod into a clean and soapy specimen, with plenty to do in between: move to bathtime music, make sure the water’s not too hot or cold, trace silly shapes in condensation and get that sponge soaking up suds before getting nice and dry. Designed for children aged 2-5 years old, winner of several 2014 year-in-review awards.

Lilly Looking Through (Mac and PC)

With the aid of some special goggles, Lilly is off to find a friend and retrieve a lost scarf — pulling levers, scrambling over obstacles and flipping between two worlds to get things back where they belong. Younger kids might need a bit of assistance with pointing and clicking, but with a willing helper at the controls (and perhaps a walkthrough guide as reference), the 3-5 hour puzzle adventure should be manageable.

Learn how to combine different ingredients with different cooking methods to make a range of dishes to please each different animal customer at Dr. Panda’s place. There are three games in the series, the first two being $2.99 and “Dr. Panda’s Restaurant: Asia” (iOS, Android) currently free of charge.