The villain’s role in Baywatch was written for a man: Priyanka Chopra 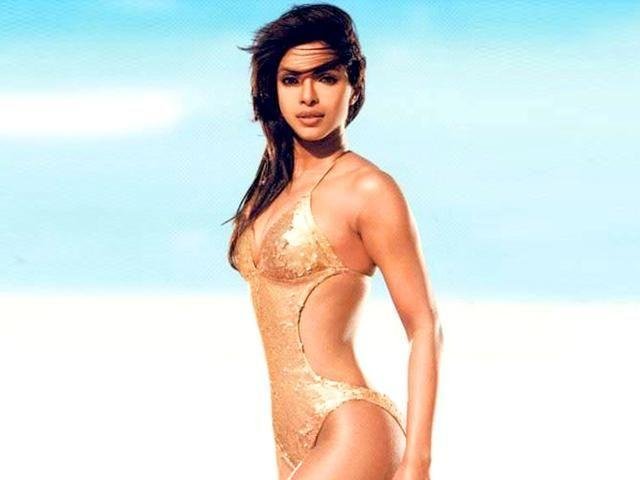 “That’s the plan,” says Priyanka Chopra, the minute you speak to her and remind her that she’s an unstoppable force, who’s busy bagging awards, roles and acclaim internationally.

After finally putting to rest all the speculation surrounding her Hollywood movie debut, Priyanka announced that she is indeed starring in Baywatch.

In fact, she plays a negative role in the film.

“I met the director actually on Skype. The script had come to me through my agent and the negative part was actually written for a man, and I spoke to the director for another role in the film. And he liked the idea of me playing the negative role despite being a woman. So the script was worked on,” says Priyanka, as she recalls her journey of signing the film. We’re told she had been in talks with the makers since September last year.

Her movie announcement was made via a video, in which she’s seen with her future co-star, Dwayne ‘The Rock’ ohnson.

Speaking fondly of him, Priyanka says that was the first time she met him. “He’s great. He’s someone who really understands what the business of cinema is and I really admire that. Again, he’s someone who comes from a completely different career path and he’s now a movie star. I admire that,” says Priyanka, adding, “It was fun getting to know him. It was the first time I met him in Miami.”

Finally, point out to her that 2016 has brought with it a lot of good luck for the actor and she agrees it has been a tremendous start. “2016 has had a great start. The last two months have been phenomenal and I feel blessed. I will continue to give my best,” she says.