The terrible news for commuters 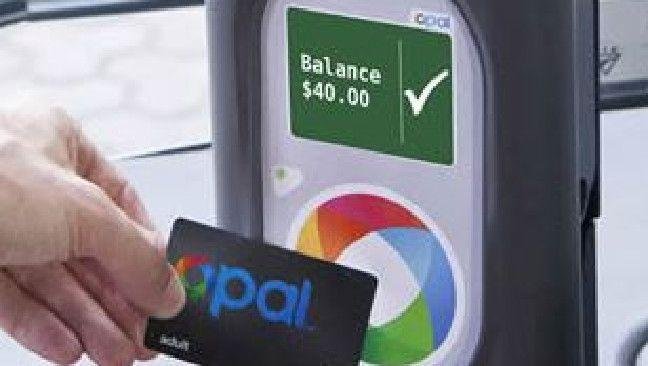 COMMUTER travel perks, including fare caps and free bus and train journeys, could be on the chopping block following a government review.

The proposals, which could lead to higher fares and a winding back of travel rewards for frequent travellers, have been slammed as unfair and a punishment to commuters.

Across Australia, transport operators offer multiple travel bonuses to encourage more people onto trains, trams and buses or even free travel for people who commute frequently.

In Melbourne, Myki money users have their fares capped after spending the equivalent of two fares a day while travel is no more than $6 daily on the weekend. People commuting before 7am travel free. In south east Queensland, Go card users pay 20 per cent less than full-priced fares if they travel off peak and receive free travel after nine journeys. Travellers in Perth using Smart Rider receive a 25 per cent discount off fares if they auto top-up online.

But some of the perks enjoyed by NSW commuters could come to an end in 2016 following the release of a series of recommendations by the Independent Pricing and Regulatory Tribunal (IPART).

The Government body was asked to look at fares levied on Opal smartcard users following changes to Sydney’s CBD transport system in October. Many passengers started being charged twice as they were now forced to change from buses to trains to complete their journey.

However, in a case of one hand giveth while the other taketh away, the regulator has recommended scrapping the fare penalty for changing modes but also doing away with the Opal perk that means travel is free after eight trips a week.

The report also said the way fares were calculated should change and the daily travel cap, after which journeys are free, should increase from $15 to $18 on a weekday and from $2.50 to $7.20 on a Sunday.

More than 4.7 million Opal cards are in circulation with people having tapped on and off in NSW more than half a billion times.

State opposition leader Luke Foley said if IPART’s proposals were adopted it could lead to weekly fares from Blacktown or Liverpool, in Sydney’s outer suburbs, to the CBD increasing by 48 per cent.

“This is bad public policy that will result in more cars on the road as more people avoid paying hundreds of dollars more in train fares,” he said.

“This fare structure will sting people who rely on public transport the most — commuters travelling medium and long distances from western Sydney, the Illawarra, Hunter and Central Coast.”

Shadow minister for transport, Ryan Park, said while some people were taking advantage of loopholes in the Opal system, by getting to their weekly free trips by taking lots of shorter, cheaper journeys earlier in the week, “the answer isn’t to punish every commuter with higher train fares”.

Greens transport spokeswoman, Dr Mehreen Faruqi said the report was a mixed bag. “Integrated multi-mode fares are a no-brainer and should’ve been there from the start. People should not be penalised for using multiple modes of transport to get to their final destination.”

But she called some of the recommendations “concerning” including the removal of the eight trips and free reward and the rise in cost of Opal fares for seniors. “This seems like a mean spirited way to generate revenue from some of the most vulnerable public transport users.”

‘A COMPLETE PACKAGE OF REFORM’

However, the IPART report said the free trips were “perverse” and it meant the 62 per cent of passengers who travelled fewer than nine times a week were subsidising those who travelled more often, costing around $150 million each year. Instead, they propose a weekly “travel credit” which would see passengers pay a maximum of their 10 longest trips.

Axing the need for commuters to pay a separate fare when they changed from the bus to the train would save people money, said the report, as would increasing the discount for travelling off peak leading to 60 per cent of passengers paying less.

IPART Chairman Dr Peter Boxall said, “This is a complete package of reform delivering the most benefits to the majority of passengers and society as a whole.

“Fares would better reflect the cost of providing the services, so there would be an even bigger discount for off-peak rail travel than there is currently, while longer distance journeys would become relatively more expensive compared to shorter distances.”

Submissions to the IPART are open until February 5. Any new fares will come into effect in NSW on July 1.