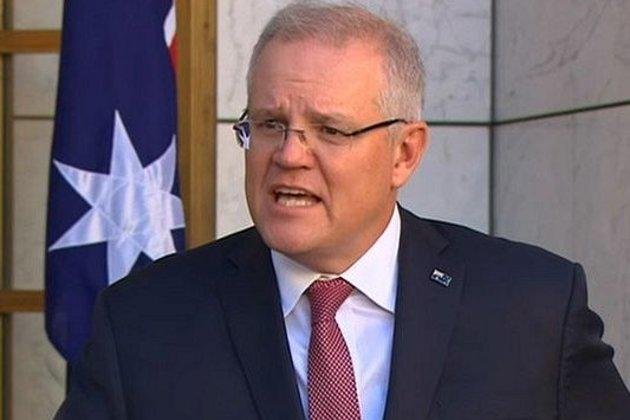 Australians like to think of themselves as living in a classless society where anyone can succeed, unimpeded by socio-economic barriers.

Prime Minister Scott Morrison’s mantra has been “if you have a go, you get a go”.

The reality is the Coalition Government has engaged in blatant class warfare that has punished and disenfranchised workers and the most vulnerable, whilst protecting corporate interests and its political donors.

Let’s take a tour of the most recent policy misadventures.

‘Just got off the phone with U.S. President’, tweeted Prime Minister Scott Morrison on 22 April.

Robodebt was an initiative by the Federal Government in 2016 to recover alleged overpayments to recipients dating back to 2010.

The automated compliance system sent out discrepancy notices to welfare recipients, placing onus of proof upon individuals instead of the previous practice of collecting and verifying information through investigations. As such, debt notices increased dramatically with over one million sent out since the scheme began, including to over 3,000 who had already died.

The shameless demonising of vulnerable welfare recipients is where the Government reached a new low.

Even after Tudge was informed on 76 separate occasions by a tribunal that robodebt was not legally enforceable, the process continued unabated.

Between 2016 and 2018, more than 2,030 recipients died after receiving debt notices – an unusually large number. The Government’s secretary of the Department of Human Services disputed any correlation, but two mothers in separate cases have written letters detailing how robodebt notices were a contributing factor in their sons’ suicides.

When robodebt was introduced in the 2015-2016 Budget, a savings of $1.7 billion was announced. Instead last month the coalition government agreed to a $1.2 billion settlement in a class action with Gordon Legal on behalf of robodebt victims.

Ultimately, the robodebt scheme came at a significant human cost without any foreseeable financial benefit.

The crimes of ‘robodebt’

The Government has refused to come to terms with the moral turpitude of its robodebt program, writes Dr Binoy Kampmark.

When we examine JobSeeker, the Federal Government – after concerted lobbying from the union movement and bipartisan parliamentary support – introduced a substantial increase to unemployed Australians with a $550 fortnightly supplement during the height of the pandemic in Australia.

However, since then the supplement has been cut to $250 and cut again to $150 until March 2021 when it is completely removed.

As early as June, Morrison laid the groundwork to justify the cuts by characterising the jobless as people who are turning down jobs “because they’re on these higher levels of payment”.

Such statements were baseless when data from Australian Unemployed Workers Union found that during that same time period 1,640,773 jobseekers were in market for only 79,281 jobs available (a ratio of one job for 20.69 jobseekers), while by August, the numbers improved only slightly to just over fifteen people to one job occupancy.

As Greg Jericho has noted, our economy, especially in relation to jobs, is in a state of acute weakness. Jericho has rightly pointed out that for the economic situation is actually grim for “prime-aged workers” and that in September over 600,000 more people were either unemployed or wanting to work more, compared to February of this year.

Independent Australia’s Alan Austin has already pointed out Australia’s growth in the September quarter ranked 47th out of 55 and the jobless rate of 7.03% ranked 41st out 91 – Australia’s worst ranking to date.

Further, university-based modelling by Simone Casey and Liss Ralston has found that the cutting of JobSeeker will cause:

The research further found that low-income households and in particular young people and women to be the hardest hit by these cuts.

Meanwhile, corporate welfare has been rampant and shamelessly handed out by the Morrison Government.

The $70 billion in JobKeeper wage subsidy has potentially been rorted by thousands of businesses. The Government has not dealt out any fines in relation to over 8,000 tip-offs to the Australian Taxation Office (ATO) and employers placing 2,200 employees on multiple applications for payments.

Liberal party donors, in particular, have profited nicely with the Coalition Government in power.

The Government’s bushfire recovery fund has been difficult to access for some of the most vulnerable bushfire victims and community groups. At the same time, Visy, owned by one of the Liberal Party’s largest political donors, Anthony Pratt, has received $10 million from the fund to upgrade technology and improve productivity at its Tumut mill.

The proposed legislation would potentially restrict industry super advertising critical of the Government and “compare the pair” marketing.

Super funds consistently outperform their retail counterparts and have been proven to be more financially beneficial to their members. Meanwhile, retail super funds have been exposed in the Hayne-led Royal Commission into Financial Services Report as using unethical profit-extraction practices.

Industry Super Australia CEO, Bernie Dean, has lodged a submission detailing that the new laws will exempt retail super funds from justifying their profit-making, whilst scrutinising industry super funds’ every decision in an effort to hamstring their business model.

The legislated super guarantee was meant to increase to 12% by July 2025 but successive Coalition governments have stalled on such changes. Former prime minister and chief architect of superannuation in Australia, Paul Keating, has accused the Morrison Government of using the cover of COVID-19 to destroy super through early withdrawals and stopping the 2.5% increase.

Meanwhile, the super of parliamentarians is set at the far more generous 15.4%.

In the last six years, wage growth in Australia has stagnated while super has been frozen at 9.5%.

Super’s potential should not be superseded, says ACTU

The ACTU has criticised the Morrison Government’s attack on the superannuation system and is pushing for reforms.

Insecure work has become increasingly more pervasive with a 2019 OECD report finding one in four Australian workers identified as casual.

Such reforms include removing the “better-off overall test” in enterprise bargaining agreements (EBA) if a business can prove that it is in economic hardship. The test is a necessary precondition to guarantee that the EBA is better for workers than the standard award.

Its removal could allow business to impose unfair wages and conditions upon workers.

Other reforms include part-time workers being offered more hours without being paid overtime wages, removing backpay claims for misclassified casuals and the locking-in of workers into long-term contracts without opportunities to improve pay and conditions.

Research by Professor David Peetz has shown that the new reforms of casual labour would empower employers to hire and fire workers at will, whilst subjecting employees to perpetual insecure work.

Porter has offered an olive branch to unions with increased penalties for wage theft, but overall, the reforms are simply creating new legal pathways for employers to maximise profits and disempower workers.

Scott Morrison markets himself as an everyday, suburban, daggy dad. The reality is with each new policy the Morrison Government is damaging the economic health of working Australians whilst serving the interests of corporate Australia.

There is some hope though. Remember John Howard’s WorkChoices was roundly rejected by a nation-wide union movement. Support for bushfire-ravaged communities came about through large-scale public scrutiny and criticism of the Government’s mismanagement.

With a mainstream media that appears incapable of holding this Government to account and an Opposition following a consistent policy of keeping quiet until the next election, such class warfare will continue unless working Australians realise their collective power to challenge this status quo.

Dr Rashad Seedeen holds a PhD in international relations and works as a high school teacher. You can follow Rashad on Twitter @rash_seedeen.