Thanks to internet, India has most freelance professionals after US 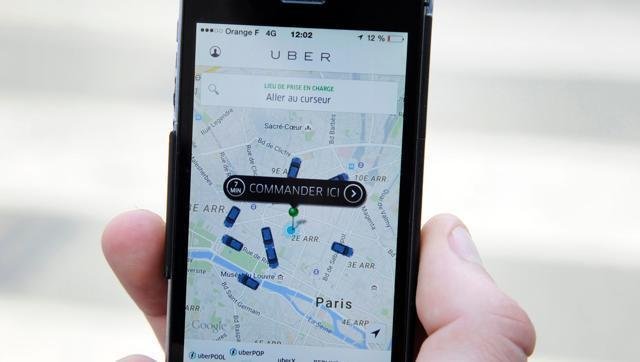 Tejaswi Bitra loves coding, but he quit his job as an IT professional when found it difficult to adjust with his job. But then, money dried up, and facing pressure from the family, he made a decision – to dust off an old dream of working independently, and building something of his own.

Today, Bitra, in his thirties, is a freelancer. He makes websites, does coding in PHP, designs logos and has his own meet-up group for freelancers in Bangalore.

“I kept my head down and kept working on my skills. It took one successful client to get me back my confidence,” he recalls, about the initial days. “I love what I do, I do what I love: Cannot beat that eh!”

Bitra is part of the “freelance economy” of independent workers who have moved away from conventional definitions of “job”, and work without being part of any formal organisation, based on their skill and competence. Thanks to the start-up culture and the wide reach of internet and technology, many ‘e-trading’ platforms are coming up to facilitate this trend.

Truelancer, a platform with 200,000 registered freelancers — of which about 65% are Indians — estimates that there are about 15 million freelancers in India, next only to 53 million in the US.

Taxi hiring services such as Uber and Ola may be the most successful platforms for this freelance model – in fact, the West calls this trend “Uberisation”. Uber has racked up about 250,000 registered drivers in its 2 years in India, and Ola about 350,000.

As an Uber spokesperson puts it, the drivers are not employees, “they are independent contractors… building their own small businesses using our platform.”

For instance, Nitin Bahusaheb Shinde, a father of two from Mumbai, is a partner in a micro enterprise called Trinity Group. But it is his Ola cab driving that fetches him a consistent income of about `1,000 a day, he says.

And this model is replicated.

WizIQ is a e-learning platform where teachers can start their own classes and get paid for that, based on the demand for the classes from anywhere in the world. “This allows people flexibility, time-conservation, cuts down the logistic issues. They are reviewed and rated after each class, and that decide the later demand for them,” says Harman Singh, Founder and CEO, WizIQ that claims to have 5 million learners and 4 lakh teachers across the world.

“We have been seeing an overwhelming response both from the freelancers and the employers. Low cost and the expertise in specific skills are the factors that drive the demand for freelancers,” says Dipesh Garg, founder the CEO of Truelancer, who says freelancing in next 5 years would create about 10 million more employment in India, which stands next only to the US in terms of the number of freelancers.

“This kind of a trend is not a cultural shock for India, as it was for the west. Because we had more than 90 % of the workers in informal sector,” says Manish Sabharwal, CEO of Teamlease, a human resource outsourcing company.

Saying that it is a reality also given the fact that the average lifespan of many organisations are reducing, he says that on the positive side the rise of freelancing would enable bringing gender equality in the labour market and allowing more participation of the “traditional labour market outsiders”, like the physically challenged.

“You should look also at the trend in association with the emerging start-up ecosystem,” says Aditya Dev Sood, founder, Centre for Knowledge Societies, as start-ups require affordable workers with the right skill.

He says that the global nature of the freelancers also would lead to “a one world global economy of workers” where skill, competence, digital networking and profile building would assume much importance.

But there are concerns, major being the comfort of a salary and social security. Tejaswi Bitra, who has been freelancing more than a year says, while he enjoys the freedom and flexibilities, “I understand what it means to get monthly salary. Even if you perform well or not, there is a salary waiting for you. But being a freelancer, only a completed projects fetches me the payment.”

“No insurance, no health benefits or fringe benefits: yes, one has to take responsibilities of health and others by oneself,” he adds.

The challenge of getting a base line income is a reality, says Sood.

Sabharwal says our labour laws are yet to understand this reality. For the government, freelancers prove to be a taxation challenge.

Well, whether you like it or not, the freelance economy is here to grow.