Tendulkar explains how sound has a big impact on confidence 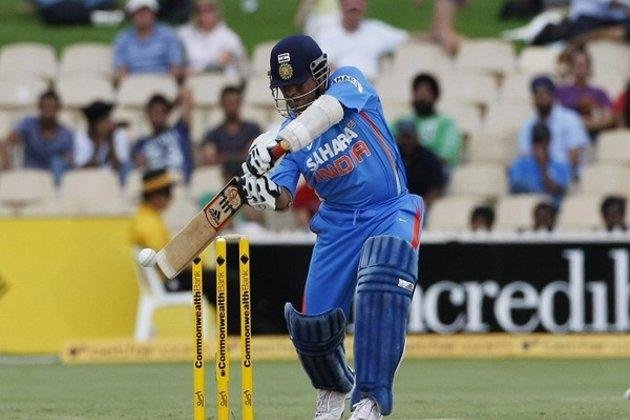 New Delhi [India], December 25 (ANI): Little Master Sachin Tendulkar has given an insight into batting techniques and how the sound of the ball hitting the bat can work on the psychology of a batsman and help him in getting back his confidence.

Earlier in the week, Australia opener Joe Burns, who played a career-saving knock in the second innings of the day-night Test, said it was one shot of Indian pacer Umesh Yadav’s ball that he hammered for a square leg boundary that got him the required confidence.

Tendulkar has seconded Burns’ thinking and said sounds often become the foundation when a batsman middles the ball while playing the shot. The legendary batsman explained how a “beautiful crisp sound” off the bat induces a sense of positivity into the player.

“I understand exactly what Joe Burns is talking about, that one particular shot which changes your thinking,” Tendulkar said in a video posted on his Twitter”Sound becomes a foundation, you hear the sound when you’ve middled the ball, you start thinking differently because it’s a beautiful crisp sound. And because of that, the body is moving more positively,” he further explained.

“It’s a chain. It starts from the sound. Sound is the confidence to me. A good batter will always hear that sound when he’s confident. It changes your thinking, your approach, your body movement, the fluidity in your body. That positive energy flowing in your body,” Tendulkar added.

Burns, who was out of form before he smashed an unbeaten fifty in the first Test, said he was really confident about his batting skills and was probably one shot away from getting back to rhythm. Burns exuded confidence and said he wants to smash big match-winning centuries in the remaining three-Tests.

“It’s funny that one shot in this game can give you everything that you were searching for (balance). The first pull shot I hit of Umesh Yadav’s ball felt amazing. Over summer, I think I have been really confident and batting well as I said before to find some rhythm often can be one shot away,” said Burns during a virtual press conference on Monday.

“At the same, you go into the next game and you have to start all over again. Challenges in international cricket keep coming and we have got three Tests more to go. My job and my goal is to go on and get match-winning hundreds in those games,” he added.

India and Australia will now lock horns in the Boxing Day Test at the Melbourne Cricket Ground from Saturday. (ANI)