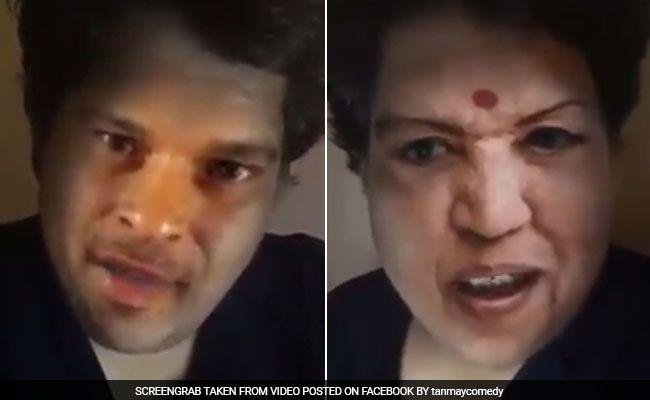 Comedy group AIB member Tanmay Bhat’s video of a mock conversation between legends Lata Mangeshkar and Sachin Tendulkar has provoked a howl of protests and faces a ban. Prodded by political parties, the Mumbai police says it is consulting legal experts and will contact Google and YouTube on blocking the video.

The video, captioned “‘Sachin vs Lata Civil War”, was posted on Snapchat and Facebook on Thursday.

The video has the revered singer and the master blaster – both enacted by Mr Bhat using Snapchat’s face-swap feature –  “arguing” about who is the better player, Sachin or Virat Kohli. It was posted with this disclaimer by Mr Bhat: “I make such nonsense on my Snapchat.”

By Sunday, the video had been widely shared and had triggered far more outrage than deserved by “nonsense”.

Filmmaker Pehlaj Nihalani, the Censor Board Chief, told Media: “Tanmay Bhat is a repeat offender, he deserves no freedom. He has insulted the mother of music.”

Social media is divided on whether it is funny or weak or downright offensive. Or none of the above.

Tanmay Bhat kept up a steady stream of tweets but refused to back down.

The group AIB is known for its irreverent comedy and was caught in a massive controversy over an expletive-laden roast of actors Ranveer Singh and Arjun Kapoor in December 2014.