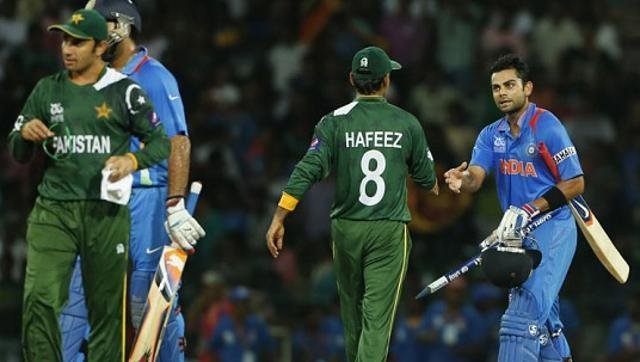 India will face a tough challenge in the ICC World Twenty20 as they will face arch-rivals Pakistan, Australia, New Zealand and a qualifier in the Group 2 of the competition which starts on March 8, 2016.

The International Cricket Council (ICC) on Friday announced the groups and schedule of the matches which will be played across eight venues in Bengaluru, Chennai, Dharamsala, Kolkata, Mohali, Mumbai, Nagpur and New Delhi from March 8 to April 3.

First-time hosts India will launch its campaign in Nagpur against New Zealand on March 15, while the much-anticipated match between India and Pakistan will take place in Dharamsala on March 19. The other group will comprise defending champions Sri Lanka, West Indies, South Africa, England and a qualifier.

A total of 58 tournament matches, including 35 men’s matches and 23 women’s matches, will be played in the 27-day tournament, the ICC said. The first round matches in the men’s event will take place in Dharamsala and Nagpur from March 8 to March 13 and will feature Bangladesh, Netherlands, Ireland, debutant Oman (all in Group A), Zimbabwe, Scotland, Hong Kong and Afghanistan (all in Group B).

The top two teams from Group A will join the eight teams in the Top 10 groups where they will be competing for a spot in the knockout phase.

New Delhi and Mumbai will host the semi-finals on March 30 and 31 respectively while the Eden Gardens in Kolkata will be the venue of the April 3 final match.