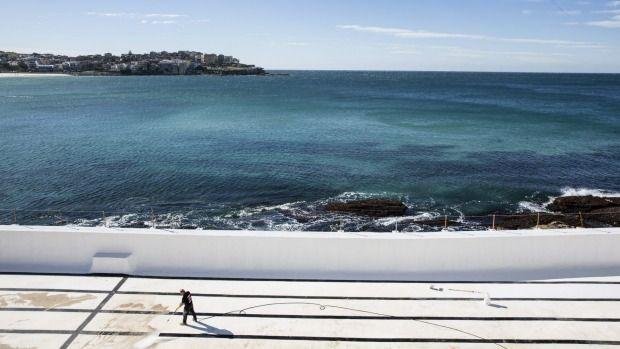 The southern half of Australia awoke to a deep winter chill on Thursday but the good news is that the worst of the Antarctic blast is quickly passing.

The powerful cold front that had the Bureau of Meteorology likening conditions to those much closer to the South Pole delivered another morning with frost to much of the country’s south-east.

“Feel-like temperatures”, close to or below zero, were even more widespread, gripping half the country.

For Sydney, the apparent temperature – taking into account humidity and winds – hovered just above zero for much of the morning commute.

So, while the mercury was reading 9.6 degrees at 9.30am, the “feel-like” conditions were more like 1.9 degrees, the bureau said.

The same was true for the southern half of Australia as of 7am AEST, with most regions enduring “feel-like” conditions near or below zero, the bureau said. (See chart below.)

Without the moderating influence of the ocean, inland regions such as Richmond, had apparent temperatures drop toward minus-5 degrees as of 6 am, while the mercury reading dipped to minus-1.5 degrees, the bureau said.

A high-pressure system, though, is nudging out the cold so Sydney can expect temperatures to start to pick up after one more cold morning on Friday.

On the current forecast, Sydney can expect a low of 6 degrees on Friday, with Richmond dropping to 1 degree.

While the clear skies are “a recipe for a cold morning”, the lighter winds will mean the “feel-time” temperatures will be closer to the mercury readings, Mr Meyers said.

“Basically, the air mass is warming … and some of the warmer air will start to filter in,” he said.

Maximum temperatures of 16-17 expected for Sydney on Thursday and Friday, will climb to 18 on Saturday and 20-22 by Sunday until Tuesday.

For those weary of the spate of cold nights, there’s also some warming in prospect, with 11-12 minimums tipped for Sydney from Sunday until at least Wednesday.

While the timing of the next cold front is uncertain this far out, it looks like the next batch of cooling for Sydney won’t arrive until at least Saturday week.

Even before warming, month-to-day temperatures are running more than 1 degree above the long-run July average for both maximums and minimums.

The ski resorts have had another good dump of snow while conditions are now clearing.

“This week is a pretty good time to hit the snow,” Mr Meyers said, noting that the warming next week and possibly a bit of rain might turn lower-level slopes slushy.

This week’s widespread cold originated in the west, prompting the bureau there to have a little fun on social media on Wednesday to highlight the unusual chill.

Unseasonable conditions of another kind are expected in the country’s north in coming days, with heavy rainfall expected across northern Queensland.

Places such as Mackay and Gladstone may get more than 100mm of rain over the next three or four days, with some areas possibly collecting more than 200mm – very unusual levels for the middle of the “dry season”, Mr Meyers said.