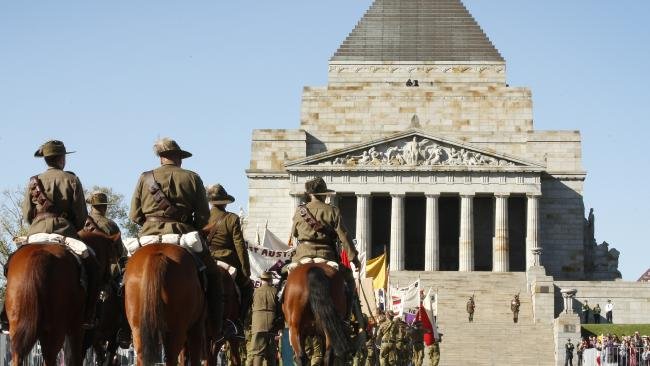 AUSTRALIA’s most recognisable landmark might be the Sydney Opera House, but our most beloved is in a different city entirely.

TripAdvisor followers have voted the Australian War Memorial in Canberra the country’s top landmark ahead of 2015 winner — the Opera House, and the Sydney Harbour Bridge in third spot.

Melbourne’s Shrine of Remembrance came in fourth on the list, followed by the Victorian capital’s Block Arcade.

VisitCanberra Director Ian Hill said the TripAdvisor award capped off a record year for the national capital, with 4.4 million visitors in 2015.

“It’s fantastic, and fitting recognition for one of Australia’s most significant attractions,” said Mr Hill.

“A visit to the Australian War Memorial should be on everyone’s must-do list.”

Worldwide the enigmatic Incan citadel of Machu Picchu in Peru was named the number one landmark, beating the opulent Sheikh Zayed Grand Mosque in Abu Dhabi.

Machu Picchu receives over 5000 visitors a day in high season, as the most famous archaeological site in South America.

Sheikh Zayed Grand Mosque has been built to accommodate 40,000 people and serves as the central place of worship for citizens of Abu Dhabi.

Other top international landmarks were the ancient temple site of Angkor Wat in Siem Reap, Cambodia, St Peter’s Basilica in Vatican City, Italy and the Taj Mahal in Agra, India.

“These Travellers’ Choice landmarks showcase some of the world’s most iconic, must-see attractions that have been visited by our TripAdvisor community,” said Ms Lee Fang.

7. Church of the Savior on Spilt Blood, St Petersburg, Russia