Sundar Pichai : A Leader With Users in Mind Will Take the Helm at Google 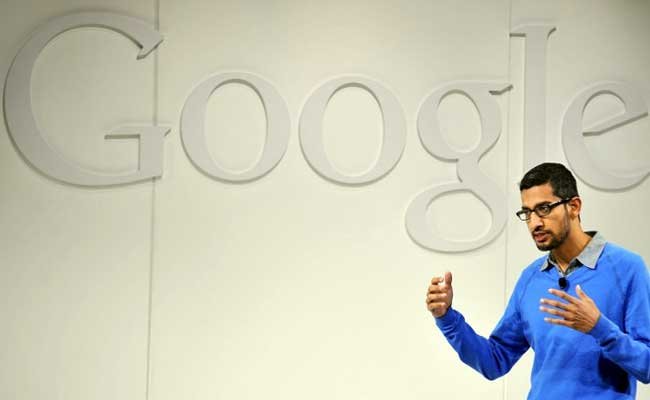 The technology industry is partial to dramatic, sometimes blustery, often larger-than-life top executives. Sundar Pichai will have to work hard to be ranked among that colorful crew. He sent news of his ascension on Twitter on Monday to the top slot at Google – he is just the third person to officially run the search company – very obliquely.

“Thanks,” he replied to two people who had congratulated him. And that was it.

One of those messages on Twitter, from former Facebook executive Bret Taylor, was rather understated itself. “One of the most capable technology leaders I have worked with,” Taylor called Pichai.

That is a clue to more than the personality of Google’s new leader. It is also what he wants the technology to be: A servant perfectly attuned to the user’s needs at the moment.

“I would love for my phone to scream if I am about to miss an important thing in my life, and never bother me if I’m doing something very important and the information coming in is less important than what I’m doing,” Pichai said in a recent interview. “That’s how I think about it. To me it’s about serving users the right way, and as part of that sometimes you need to disappear and get out of the way.”

Pichai, 43, owes his new job to his success in making Google products easier to use and thus more popular.

He joined the company in 2004 and made a name for himself early as a product manager, working on high-profile efforts like Chrome, the company’s Web browser. Chrome grew like a weed, exploding from a single-digit percentage of market share to become the most widely used browser across desktops and mobile devices in the world, according to StatCounter.

Two years ago, chief executive Larry Page promoted Pichai to also oversee Android, the software that runs 78 percent of the smartphones sold around the globe, after Andy Rubin stepped down.

“Sundar has a talent for creating products that are technically excellent yet easy to use – and he loves a big bet,” Page wrote. “Take Chrome, for example. In 2008, people asked whether the world really needed another browser. Today Chrome has hundreds of millions of happy users.”

Born in Tamil Nadu, India, Pichai spent his early years in the Chennai region. In high school, he was captain of the cricket team. He earned a bachelor’s of engineering degree from the Indian Institute of Technology Kharagpur.

According to a long profile in Bloomberg Businessweek last year, the family did not get its first telephone until Sundar was 12. It was a rotary model. For much of the boy’s childhood, the family did not have a television or a car. The family would get around the city on a scooter, all four members riding at once.

Pichai came to the United States and attained a master’s of science degree from Stanford University, as well as a master’s in business administration from the Wharton School of the University of Pennsylvania before working as an engineer at Applied Materials, and in management consulting at McKinsey & Co. He joined Google after trying to talk one of his McKinsey colleagues out of going there, and then realizing the arguments in favor of joining the company were better.

During his rise at Google, Pichai had suitors. In 2011, Twitter tried to lure Pichai to run the company’s consumer product division, according to two people familiar with the matter, who requested anonymity because the talks were not made public. And last year, Pichai was rumored to be in the running to replace Steven Ballmer as chief executive of Microsoft.

Pichai is well liked by many in the software community at large for his affable manner and friendly approach to his subordinates and contemporaries.

“Sundar never has a bad day. His positive energy is contagious and his optimism attracts the best talent,” said Chris Sacca, a venture capitalist and former colleague of Pichai’s at Google.

Wall Street seems in favor too. In after-hours trading Monday, the stock added more than $10 billion in value, an instant endorsement of Google’s new organizational structure and Pichai’s role in handling the part of the new company that makes the money. Google’s co-founders, Larry Page and Sergey Brin, will run the umbrella company, called Alphabet.

Jordan Rohan, founder of Clearmeadow Partners, an Internet advisory firm, and a former Wall Street analyst covering Google, said Pichai had the approval of both the business side of Google as well as the engineers.

“He seems to be a very clear thinker with a strong vision, so he can handle the day to day and the dreamier aspects of Google,” Rohan said.