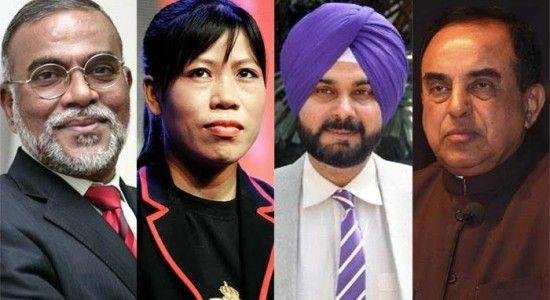 Though independent, the nominated members usually vote along with the government and could bolster the NDA’s numbers in the Upper House where they are sorely lacking. The NDA’s lack of adequate strength in the Rajya Sabha has, in fact, led to several embarrassing moments, including amendment to the motion of thanks to the Presidential address.

The Rajya Sabha had seven vacancies at present.

Members are nominated by the President to the Upper House on the recommendation of the government.

The government recommends names of people having “special knowledge or practical experience in literature, science, art and social service”.
Sources said that while the President has cleared the names, a formal announcement could be made later in the day.