Health, it is said, is wealth. A nutritious diet and prudent exercising will see us progress well towards the goal, however, without proper elimination of waste matter, amassing this wealth can remain elusive.

Improper evacuation of stools – called constipation – not only cause bloating and indigestion, but often misguides a diagnosis and can be the cause of abdominal distension, sallow skin, irritability, anxiety, headaches and even mood swings.

Evidently, there is scientific wisdom behind the design of the Indian squat- potty, where the squatting posture massages the intestines to facilitate peristalsis and maximum dilation of the anus.

However, the squat potties are almost obsolete now, so are we to resign?

Thankfully, yoga has adopted an asana based on this essential requirement of the body and facilitate smooth ejection of waste.

Malasana — the asana designed to rid ‘malam’ or waste matter.

For maximum benefits, drink two tumblers of water and perform the asana.

Vajrasana is another benefactor for the digestive system. In fact, to relieve the discomfort after a rich meal, sit in this asana for 10-15 minutes. Bloating and flatulence are the offshoots of constipation. Pavanamuktasana is a wind releasing technique, best performed in the early hours along with Malasana. 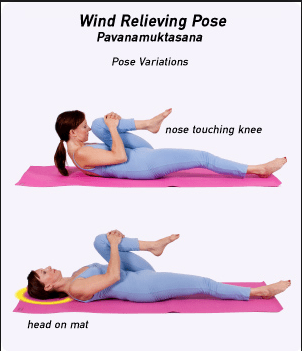 Additional benefits of these asanas are, strengthening of the abdominal muscles, toning of the arms and legs and enhanced digestion

So, keep at it and stay healthy!