SP Shukla Tells Australia to Make it in India 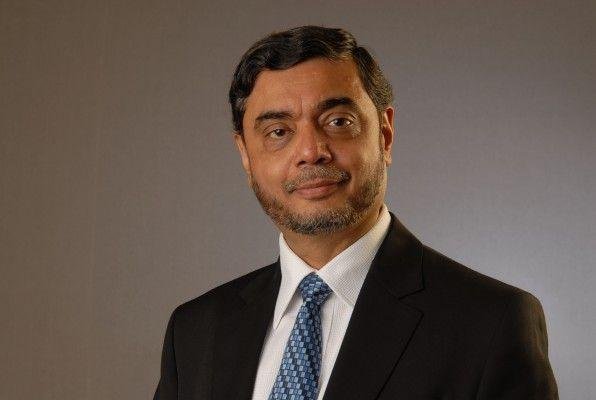 The man who makes jeeps, trucks and military helicopters in India and around the world, jet setting Mahindra’s Aerospace CEO SP Shukla, has been visiting Sydney and Australia, working in with Prime Minister Modi, telling Australia this week to “Make it in India”.

S.P. Shukla has over 34 years of varied experience in managing large projects and operations and has made a mark in various fields, including automotive tyres and Information and Communication Technology (ICT), in India. He is widely credited with taking mobile telephony to the masses by setting up telecom infrastructure in the remotest parts of India.

At the Mahindra Group, Mr. Shukla is responsible for the Aerospace, Defence and Steel businesses, key focus areas for the Group as it gears up to harness the vast potential that is emerging in these businesses under the “Make it in India” policy of the Indian Government.  Prior to his current role, Mr. Shukla served as President of Group Strategy and was the Chief Brand Officer of the Group. He oversaw and orchestrated a complete makeover of the visual identity of the Group. During this period, the Group Strategy Office launched and institutionalized the Rise Prize (with a prize money of USD 1 million) which aims to foster and develop the innovation ecosystem in India. He has also been responsible for the Mahindra Racing portfolio – both MotoGP (motorcycle) and Formula E (electric cars) – in his capacity as Chief Brand Officer. He has a B. Tech from IIT BHU Varanasi, an MBA degree from IIM Ahmedabad and been a guest speaker at universities, such as Harvard in the US.

Having a passion in building businesses, SP Shukla embraces CEOs, with his delegated leadership style, embraces them to “learn, share and grow”. He spoke at both with the Australia Business Council/Commonwealth Bank, how “in the last 18 months on Australia-India relations, he has met with PM Modi, PM Abbott and now PM Turnbull, learning the business landscape in Australia, met with three Australian State Premiers (including NSW Premier Mike Baird MP), which the relationship and negotiation are driven by innovation and infrastructure” “Lets down it together and grow”.

He spoke about how global conglomerates like his Mahindra Group, on performance, can diverse and provide better returns that single product global corporations. “Like a restaurant with a number of top chefs can offer you Chinese, Indian or European food, in a multi-cuisine restaurant”. Mahindra Group in India has over 125,000 showrooms, 45 plants, with a manufacturing plant also near Melbourne in Australia. His philosophy is “to keep it simple”. He is dealing with 18 countries on the “Make it India” program with PM Modi that includes Australia. India rising to be the third largest economy in the world after the US and China. “India needs to rise to the occasion. Indian is a bigger producer, but also needs to a big exporter”. “India has trade deficit relating to defence, fourth largest army in the world, the fifth largest air force in the world, the 6th largest navy in the world, but India is the largest military importer in the world”.

SP Shukla spoke about specialisation and innovation, with Mahindra Group “make their products different, such as trucks with special turns and elements for mobility”. “We are making military aircraft for 30 countries, half for the US market and rest mostly European countries. He spoke about how Australia too specialise and be innovative, with high tech products, research and development, with such focus lead by PM Turnbull.

SP Shukla spoke about two key business skills to learn from him – Attitude and Co-opting.