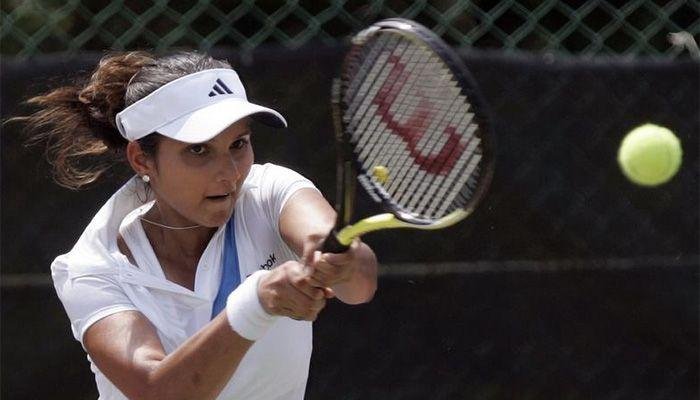 A hard-fought victory has silenced critics, excited fans and given hope to tennis wannabes

Sania Mirza is a story in herself. Young and attractive, she has always been controversy’s child. Despite her stupendous achievements, it has taken time for people to accept that she is indeed brilliant in what she does – play quality tennis like no other Indian woman has ever done before. It was always about Sania using her glamour, looks, sex appeal and all else to get to where she is. Unfortunately, people tend to forget that grand slams and WTA titles are not won by looks. Anna Kournikova would surely testify to what is being said here. Say this to her and she laughs. In fact, laughs it off. World Number 1 in doubles, the first ever Indian to scale the peak, perhaps the first in many years, Sania continues to laugh it all off. But speak about the lack of a sporting structure, and she becomes serious in an instant. She wants to be a trendsetter, ensure future Sania’s don’t have to struggle. And by winning the women’s doubles title at SW19, the title that really matters to the Indian audience, she has taken a giant stride towards achieving her goal.

Sania has won Grand Slams before. She has even won a title at SW19 as a junior in 2003, coming up the ranks. But this was a title like no other for three reasons. First, she was going into the tournament as the world’s number one ranked doubles player, a feat no Indian has achieved before and no Indian looks like achieving in the next decade at least. Second, the expectation was on Sania and Martina to justify their number one seeding, to prove that the phenomenal run they were having can indeed continue at the Slams, and that the French defeat was an aberration. Finally, this was the only Grand Slam Sania was missing and frankly back home, this is the Slam that matters to every sports fan. This win, coming after a night of phenomenal tennis, has the potential to inspire a generation of future players in the country. It is a Slam like no other.

And what has added to the victory, is the way it was achieved. Had it been a romp like in the semi-final against Jones and Spears, the impact would have been very different. Here was a match that can hardly be bettered. Down a set, Sania and Martina won a really hard fought tie break to level the contest a set apiece. However, if her fans tended to breathe easy, they were badly mistaken. Within minutes in the third set, they were a break down. And then there was the Elena Vesnina service game when the Sania-Martina pair had three break points, but failed to convert them. That’s when many like me thought the match might well have slipped out of their hands. Makarova was dominating the nets and Vesnina was all pumped up. That’s when you needed to dig deep, show unprecedented resolve and determination and most importantly, have nerves of steel. Sania, by then, had started to take the lead. Returning brilliantly and egging Martina on, she was doing what the world’s best player is expected to do. Not give up. Some breathtaking shots and eventually just minutes before the Chair Umpire stopped play to bring in the roof at 9pm local time, Sania and Martina had equalised at 5-5. This was after they were down 2-5 and were a game away from losing the title. A normally calm Imran Mirza, Sania’s father and coach, was literally jumping in the box. Natural, because this was a match like no other. And after the brief interruption, it was as if the duo had all but made up their minds to force the issue. Breaking Makarova and setting up the match, Hingis served it out in style to win yet another title at SW19, believe it or not, after a gap of 17 years.

So what does this title mean to her and to the Indian tennis fraternity? Why is this the biggest ever victory in Sania’s career? It means the world to her. Winning at Wimbledon was always something she wanted to do, and winning her first women’s doubles slam at Wimbledon is a dream come true for the young, but mature star. And for Indian tennis, it is a milestone. Leander and Mahesh had turned a new leaf by winning one title after another at the turn of the millennium. Women’s tennis, however, never managed that giant leap. Sania was alone. She continues to be alone, to be honest. But now she has the Wimbledon title to push her cause. She is champion at tennis’ biggest stage, and that is good enough to ignite dreams of a generation of youngsters back home. And if that happens, it will be a night immortal in the echelons of Indian sport. A night when women’s tennis in India changed forever.