A SINGLE man who set up an app that matches women with just him provoked the ire of dating app behemoth Tinder.

A LONELY man who set up an app that matches women with just him provoked the ire of dating app behemoth Tinder.

Sheridan ‘Shed’ Simove, the author of the 2011 book What Every Man Thinks About Apart From Sex, which was 200 empty pages long, decided to set up his own dating app after striking out on other dating apps.

“I thought, if you can’t beat them, maybe create your own competition where you’re the only person in the competition, therefore, you will then by de facto win,” 45-year-old Simove told The Verge.

“You will win! In the kingdom of the blind, the one-eyed man is king. I thought I would try to create my own pond, so that then I would naturally be the biggest fish.”

He created the app, Shinder, “quality, not quantity”, that works like a normal dating app. You create your profile and get to swiping. If you swipe left, the site says you “dodged a bullet. Shed is extremely high maintenance”. 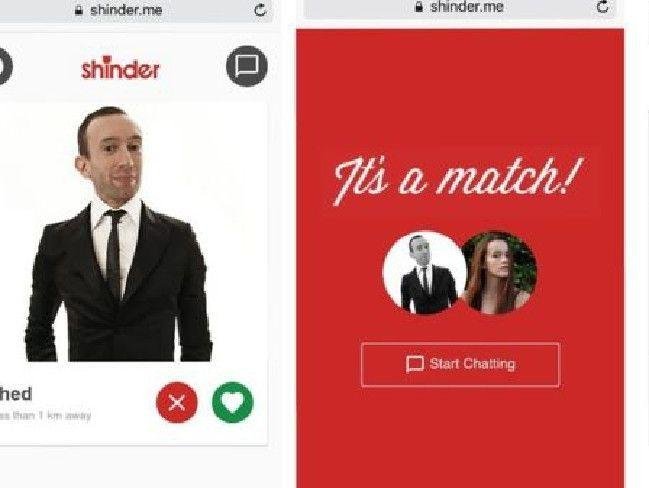 Simove told the BBC that he had received 150 matches and been on three dates. He then heard from other people who wanted to create similar apps and decided to trademark Shinder.

However, a Notice of Threatened Opposition was filed to the Intellectual Property Office in the UK by Tinder. He also received a letter from lawyers representing the elevator firm Schindler.

Tinder told the BBC it was aware of the situation and it could formally oppose the trademark.

Simove said he did not think his one-man dating app was a threat to Tinder.

“I think it’s a case of a big corporate giant looking at an entrepreneur who sees the world differently and being punitive,” he said.

Simove, a serial inventor who published a Fifty Shades of Gray book comprising of 50 pages that were different shades of grey, said he had not decided whether to fight Tinder over the trademark.

As for Shinder he told The Verge he was on the app all the time.

“I try to be polite and I try to be decent in life, so I want to reply to everyone and say hello and thank you and see if we can set up a date,” he said.