Shruti Hassan – The Bold and The Beautiful 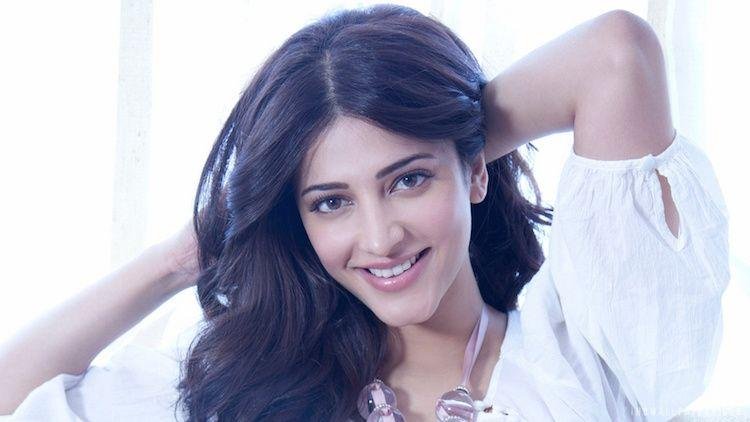 Sunshine girl, star kid Shruti Hassan is a smart cookie. She is a jack of all trades and master of it all too. From singing, acting to walking the ramp, she is a pro at all. A quick chat gets the best of her.

Let’s start with your background, your college days and your journey into Bollywood?
I studied in Chennai for most of my life and went to an incredible hippie school called Abacus, it was all about freedom of speech, expression and had there own methodology of learning which was great. Then I studied in Mumbai for a year and then like most teenagers was deciding what to do with my life. I finally ended up studying at music school in Lost Angeles. So that was the best part of my whole education. I got into movies by mistake.

I don’t know, that’s for the people to say, I am still figuring it out.

You were recommended by Imran Khan for your debut film Luck?
I don’t think that’s the way it is, he is a friend of mine, I’d be very happy if he did but Soham was looking for someone for a while for the role and it just so happened that I know Imran and he was kind enough to put in a good word which is always a good thing. And I have known him for years so overall it just panned out great and Soham was making a very interesting film, so I took up my debut film.

He had recommended you sing in films too?
I bribed them to let me sing in the film (laughs). No people have known me as a singer, I have been a singer way before and sang in movies before.

Do you feel the pressure being Kamal Hassan and Sarika’s daughter?

If people want to see Kamal Hassan or Sarika go buy there DVD’s. I am doing my own thing. I just take it as it comes, as there’s no point ignoring it or getting worked up about it. I was nervous as a newcomer but not because of who my parents.

Most of the star kids get a launching pad, did you not want your father to launch you when you started out?

No, I don’t think neither did he. He respects that it’s my choice and it’s my career. I have to make my own mistakes and I have to do the right thing for myself, so that I learn the best from my own experiences.

Would you take up a film which teams you up with your mother?

As an actress of course, she is a wonderful actress. I would be willing and excited to work with anybody who is talented.

Which are your favorites amongst you mom’s and dad’s films?

From my mom’s films I really liked Parzan and from dad’s there are tons, but Appu Raja was the coolest thing that he did when I was a kid. I used to wonder how did he do that and he still hasn’t told me yet, its one of the secrets that will be in his will (laughs). Besides I also liked his film Gunaah.

And you were always ok with running around the trees?

I never thought there was anything wrong with it at all, it’s been a part of Indian cinema for a while. I don’t think you have to run around the trees, you can run around a building as well as the times change. I don’t want to slot myself and hopefully I have the luxury of choosing.

Does your father advice you on the industry and your choice of films you should be opting for?

He advices me in general but does not get into the gory details of advising because he feels that you got to do what you have to do. I am sure he thinks some things that I am doing are great and some are absolutely not. He is waiting for me to fall on my face but that’s fine because I know he’s got my back no matter what which is the most I can ask for from him as a dad. The advice he gives us about cinema and life in general, I take whatever I can and then apply it to my life.

Tell us a little about your first love-music?

Music is one of my passions, it’s a fun thing and I love making music.

Have you been thin all throughout your life? What’s your fitness mantra?

Don’t eat fatty stuff. There are a lot of people who say I am genetically blessed, but I am not. I have to watch what I eat like everybody else and say I am god gifted and can eat muffins and pastries. I love working out, everyday day whenever I can. At one point I am skinny and then I go like my jeans are not fitting me any longer and it’s not for other people or the industry or how you look to them but how you look to yourself which counts.