Should you buy the new iPhone? 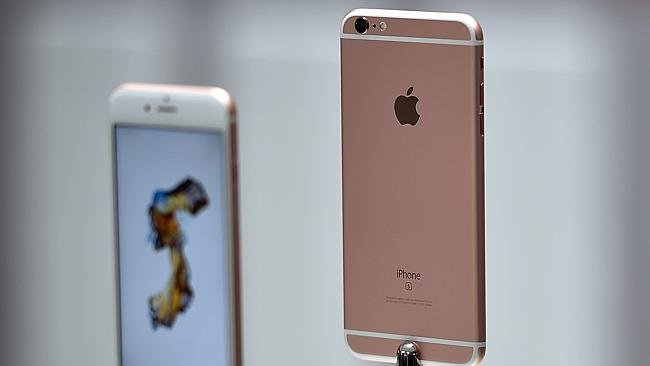 The new iPhones look almost identical to last year’s devices, although there are some subtle differences. A new Rose Gold colour has been introduced and both are ever so slightly heavier and thicker than their predecessors.

The aluminium used on the rear of the 6s and 6s Plus is stronger than previous devices, as is the glass on the front which is meant to hold up better against scratches and shattering in comparison to last year’s phones.

Apple’s new iPhones do incorporate a new “3D Touch” feature which no other phone, aside from the recently announced Huawei Mate S has. This means it can detect gestures and open new menus based on how hard you press the display. So, if you press lightly it will do one thing, and if you press harder it will do something else.

Pressing hard on the screen will allow you to zoom in on certain details. For instance, when someone asks you whether you’re free on a certain date, you can press on the date in question and a “snap view” of your calender on that day will pop up.

Apple has upped the resolution of the main camera from 8-megapixels to 12-megapixels as well as improving more technical parts of the camera like its colour reproduction and auto focus speeds. We haven’t had a chance to take pictures ourselves, but the photos Apple showed off looked stunning, particularly in scenarios with difficult lighting. It’s safe to say it will be an improvement over the iPhone 6’s camera which is still one of the best on the market. Unfortunately the default camera app doesn’t have a manual mode like other top Android devices do, so people looking to take some serious photos will need to use a third party app to really get the most out of it.

Video recording has been improved compared to previous models, with 4K now supported. This means your videos will be four times as clear as the full-HD clips that you can record on the iPhone 6.

The fall in the Aussie dollar is absolutely killing local consumers. The new iPhones will start at $1079 for a 16GB 6s and $1229 for a 16GB 6s Plus. In comparison, Samsung’s Galaxy S6 will set you back $999 for the 32GB model and the bigger Galaxy Note 5 starts at $1099 for the 32GB model. Apple has also dropped the iPhone 5c, its ‘cheap’ model, and now has the two year old iPhone 5s for $749, which you would be absolutely insane to buy for that much.

Sony also has the Z5 and Z5 premium devices coming out soon to rival the big guns, and they may be a little cheaper yet again. If price is your concern though, check out LG’s G4 which can be found for as little as $639 online.

We’re still waiting on carrier pricing for the devices, but expect them to be roughly what is currently offered for the iPhone 6.