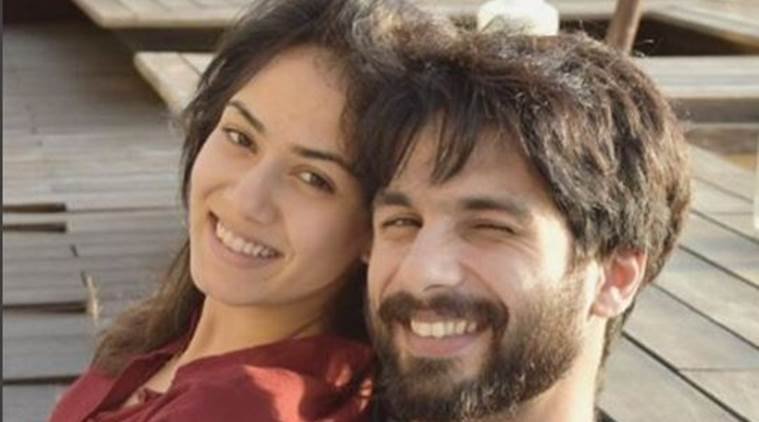 Actor Shahid Kapoor and wife Mira have named their newborn daughter Misha. Sources in the know suggest that the name Misha was chosen as it is a mix of both their names, Shahid and Mira. Misha also means god-like.

Tweeting about the name, Shahid wrote, “Misha Kapoor makes it impossible for daddy to go anywhere.#obsesseddaddylife.”

Mixing (Mi)ra and (Sha)hid, the name indeed is adorable and daddy dearest sounds obsessed with his bundle of joy.

Shahid and Mira welcomed their first child on August 26 and the ecstatic actor announced his daughter’s arrival by tweeting, “She has arrived and words fall short to express our happiness. Thank you for all your wishes.”

Earlier, Rani Mukherji and Aditya Chopra named their daughter Adira, a mix of both their names.

There was news that Shahid and Mira, who are both followers of the Radha Soami Satsang Beas, had gone to seek the blessings of their guru in August. Speculation said that they also wanted their guru to name their child.

We got in touch with Shahid’s mother Neelima Azim for a confirmation. However, the newly turned grandmother was extremely tight-lipped refusing to either confirm or deny the news. Said Neelima, “I can’t be overstepping the line and divulging any information. It’s the prerogative of the parents and when the time is right Shahid and Mira will make it official.” It was left to Shahid’s tweets to give us the news.

On the professional front, Shahid who is on a paternity break will be resuming work with Sanjay Leela Bhansali’s Padmavati. He has also wrapped shooting of Vishal Bhardwaj’s Rangoon that also stars Kangana Ranaut and Saif Ali Khan.

“Hahaha! Even I was right about the name guessing on 26 August. #MiraRajput,” wrote one.

“#MiraRajput is trending,” wrote another.

Another Twitterer on a lighter note wrote, “#MiraRajput …MISHA…why not SHAMI kabab…!!!”