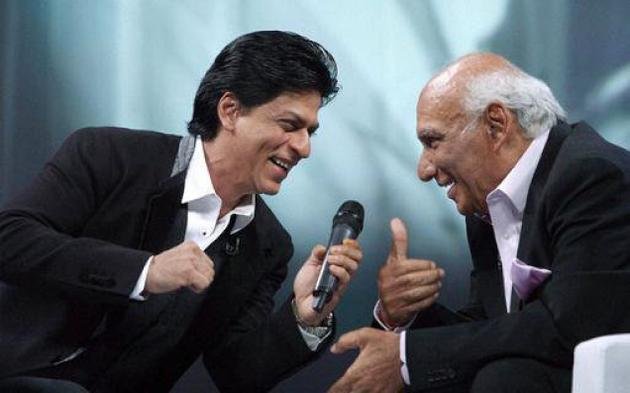 Yash Chopra presented Shah Rukh Khan as an obsessive lover, a charming partner and a quintessential romantic in his films and the superstar paid tribute to the late filmmaker on his 83rd birth anniversary, by calling him his “favourite director”.

Mr Chopra, who was born in Lahore in 1932, directed Shah Rukh in movies like Darr, Dil To Pagal Hai, Veer-Zaara and Jab Tak Hai Jaan (2012), which was their last collaboration.

Shah Rukh, 49, shared a photo collage of him and the filmmaker, showing a few of their personal moments over the years on September 27. This is what he posted on twitter:

Shah Rukh made his debut in Bollywood in 1992 but rose to prominence with Mr Chopra’s 1993 movie Darr, in which he was cast as an anti-hero.

Mr Chopra, who had directed as many as 18 films before the 1993 hit, directed only three other films after that, all starring Shah Rukh in the lead.