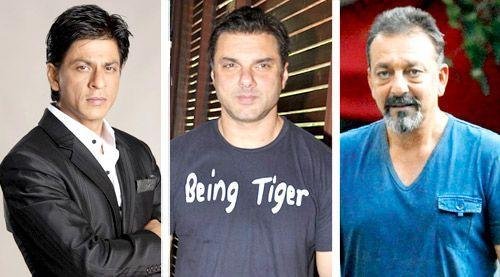 By now, we all know that the Bollywood stars are doing their bit to promote sports like kabaddi, football, hockey and cricket by becoming team owners and publicizing the sport. So, when Shah Rukh Khan, Sohail Khan and Sanjay Dutt were offered to come on board as the owners of three cricket teams in a brand new league that featured the retired cricket players, the trio wasted no time in giving their nod.

The said league will have six former cricketing stars, who will be captaining the six participating teams (that have been named after the zodiac signs). The captains include Wasim Akram, Brian Lara, Adam Gilchrist, Mahela Jayawardene, Kumar Sangakkara and India’s very own Virender Sehwag. This league will be having 260 retired players in all.

Speaking about the same, Sam Khan (the league’s Chief Executive Director) said that the said series will be following 18 matches, which will be beginning on January 26 next year and these matches will be played in Dubai, Abu Dhabi and Sharjah. He added that they had been working on the project since the last three years and had met Sanjay Dutt only last month. Dutt, who was very excited to come on board, will be represented by his wife Manyata Dutt, who will be the co-owner of his team.