The Secret History Of Presidential Disease, Sickness And Deception 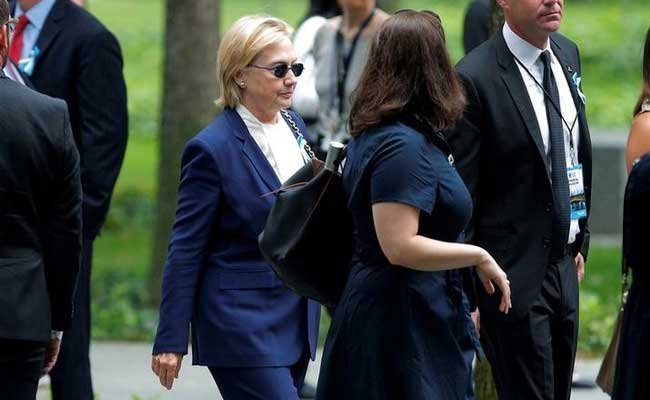 In his second term as president, Dwight Eisenhower looked like an old man. He’d had a serious heart attack in 1955, requiring extensive hospitalization. Ike later suffered a stroke. In contrast to his seeming senescence, his successor, John F. Kennedy, seemed vibrant and flamboyant.

The reality was that Eisenhower was not really that old – he was just 62 when first elected. And Kennedy wasn’t actually that vigorous, and indeed was secretly afflicted by serious medical problems, including Addison’s disease, that his aides concealed from the public.

The history of the presidency includes a running thread of illness and incapacity, much of it hidden from the public out of political calculation. A stroke incapacitated Woodrow Wilson in 1919, for example, but the public had no inkling until many months later. And when Grover Cleveland needed surgery in 1893 to remove a cancerous tumor in his mouth, he did it secretly, on a friend’s yacht cruising through Long Island Sound.

Presidential politics reveals a more subtle trend: Age is not what it used to be. American culture has redefined old age, pushing it back significantly as modern medicine allows people to live longer and remain vigorous well into what used to be considered their dotage. Candidates now run for president when they are already at or near the biblical life span of three score and ten (Psalm 90:10).
Hillary Clinton is 68, and Donald Trump is 70. They’re the oldest pair of major-party candidates in history. If elected, Clinton would be the second-oldest person to assume the presidency, after Ronald Reagan. Trump would be the oldest. The relative agedness – call it maturity – of the two candidates this year has not gotten a great deal of attention until recent days.

But health has suddenly become a preoccupation on the campaign trail in the wake of Clinton’s wobbly episode Sunday at a 9/11 memorial service in New York City. The Clinton camp initially called it merely a case of overheating. Late in the day, the campaign revealed that, in fact, she had been diagnosed with pneumonia Friday. On Monday, a representative for Clinton acknowledged that the campaign could have been more forthcoming Sunday.

Neither candidate has released detailed medical records. Trump has released only a brief letter from a doctor declaring, without evidence, that if elected, Trump would be “the healthiest individual ever elected to the presidency.”

Voters will have to determine if the murky health status of Clinton and Trump should be a factor in the November decision. What’s certain is that the campaign trail can be brutal, and the presidency itself can pound away at the health of whoever occupies the Oval Office. Four presidents — William Henry Harrison, Zachary Taylor, Warren G. Harding and Franklin Delano Roosevelt – died in office due to ill health.

The desire to keep their physical condition secret led many American presidents to avoid the best doctors, says historian Matthew Algeo, who wrote about Cleveland’s surreptitious cancer surgery in his book “The President Is a Sick Man.”

“With presidents, a lot of times they don’t get the best care. You would expect they would, but they’re so paranoid about anyone knowing what’s wrong with them that they employ old family doctors,” Algeo said.

Cleveland, Algeo said, concealed his surgery in part because cancer was such a dreaded disease. But Cleveland also did not think his medical condition was anyone else’s business — and he distrusted reporters intensely.

The public had limited information about Franklin Delano Roosevelt’s physical condition when he ran for president in 1932, already disabled by a viral infection. The press corps avoided mentioning that Roosevelt used a wheelchair. By the time he ran for a fourth term in 1944, he had heart disease, was constantly tired and had trouble concentrating. Frank Lahey, a surgeon who examined Roosevelt, wrote a memo saying FDR would never survive another four-year term. The memo was not disclosed until 2011.

Harry Truman, FDR’s final running mate, was shocked when he saw Roosevelt for the first time in a year, because, as he told an aide, “physically he’s just going to pieces” – a moment recounted in Michael Beschloss’s book “The Conquerors.” When a friend told Truman to take a close look at the White House because he would soon be living there, Truman answered, “I’m afraid I am, and it scares the hell out of me.”

But the public didn’t know any of this, Beschloss writes. Roosevelt’s opponent, Thomas Dewey, derided “tired old men” in the White House, but Roosevelt sailed to victory that November. He died just months later, in April 1945, leaving Truman to close out World War II. Truman had known nothing of the Manhattan Project and had to make the difficult decision about dropping atomic bombs on Japan.

Eisenhower’s health problems were initially concealed as well. After he suffered his first heart attack, reporters were told he suffered “a digestive upset during the night,” notes John Dickerson in his book “Whistlestop.”

Kennedy had to take steroids and other drugs to ward off the symptoms of Addison’s disease, but he did so secretly. As the Los Angeles Times reported: “During the 1960 campaign, Kennedy’s opponents said he had Addison’s. His physicians released a cleverly worded statement saying that he did not have Addison’s disease caused by tuberculosis, and the matter was dropped. Kennedy collapsed twice because of the disease: once at the end of a parade during an election campaign and once on a congressional visit to Britain.”

Historian Robert Dallek told The Post that public disclosure of Kennedy’s health problems might have kept him from becoming president. But Dallek offers a different perspective about the health challenges facing political leaders. He said lethal cancer should prevent someone from running for president, but other health problems are not disqualifying.

“Franklin Roosevelt was a paraplegic and he served there for 12 years. Now, Kennedy had all these health issues, and he did a fine job as president,” Dallek said. “You overcome challenges, disabilities. And that was true with Franklin Roosevelt, and it served FDR brilliantly in the presidency because people in the Depression thought he had recovered from his polio and now he’s the one to lead the country through a recovery, so psychologically it gave him a hold on the public that was really helpful.”

Earlier presidents had capitalized on a similar reputation for overcoming physical challenges. Dickerson points to Andrew Jackson, “Old Hickory,” who famously walked around with two bullets lodged in his body from youthful duels and who regularly bled himself before going to bed at night.

Theodore Roosevelt was sickly as a boy, for which he compensated by pursuing “the strenuous life.” Roosevelt, campaigning for president on the Bull Moose ticket in 1912, survived an assassination attempt when a gunman’s bullet was slowed by a folded 50-page speech and an eyeglass case jammed in his coat pocket. The bullet ended up between two ribs, and Roosevelt, bleeding, insisted on going to an auditorium anyway to deliver his speech.

“I shall ask you to be as quiet as possible. I don’t know whether you fully understand that I have just been shot – but it takes more than that to kill a Bull Moose,” Roosevelt told his supporters, according to Smithsonian magazine.

That bravado wasn’t enough on Election Day, when the frail Wilson beat both Roosevelt and the incumbent, William Howard Taft, who carried well more than 300 pounds on his frame and holds the title of America’s heaviest president.

Reagan’s age, 69, was an issue during his bid for the presidency in 1980. But he appeared vigorous when he first took office, regularly lifted weights and rode horses on his ranch. He survived a nearly fatal gunshot wound in his chest in an assassination attempt early in his first time. Running for reelection in 1984, he appeared confused during the first debate with his opponent, Walter Mondale, but recovered nicely in the next debate by joking that he would not exploit for political purposes his opponent’s “youth and inexperience.”

Reagan was diagnosed with Alzheimer’s disease in 1994. Journalists and historians – and even Reagan’s son Ronald Jr. – have speculated that he showed signs of the disease in his second term, when he was in his mid-70s. That remains a contentious topic, and many aides have insisted that Reagan did not have the disease while in office.

The 25th Amendment provides for a transfer of power to the vice president if the president is incapacitated. Twice, in 2002 and 2007, President George W. Bush invoked the amendment to transfer power to Vice President Dick Cheney while Bush underwent routine colonoscopies. The relinquishment of executive authority lasted only a couple of hours in each instance.

Such situations point to another subtle change in American politics, said Nicole Hemmer, an assistant professor in presidential studies at the University of Virginia’s Miller Center. She said vice presidents are more carefully vetted, and are more intimately involved with the operations of the government, than they were a century ago. That means a presidential succession due to illness or death is less likely to be a catastrophic disruption. And improved medical inventions gives a president a better shot at overcoming a health crisis, she said.

“Candidates’ health matters more in terms of optics today than it used to, but less in terms of actual ability to hold the office,” she said.