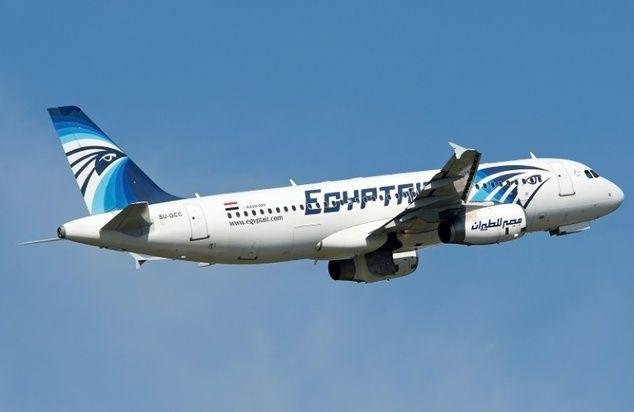 Mystery surrounds the disappearance of an EgyptAir flight over the Mediterranean Sea, although authorities are warning terrorism is likely to blame for the tragedy which has claimed 66 lives.

Planes from France, Greece and Egypt are scouring the water for any sign of life or wreckage from the Airbus A320, which vanished from the radar in the early hours of Thursday.

Egyptian Prime Minister Sherif Ismail says it’s too early to rule out any explanation for the crash, including an attack like the one blamed for bringing down a Russian airliner over Egypt’s Sinai Peninsula last year.

The country’s aviation minister says a terrorist attack is more likely than a technical failure.

Richard Osman, an Australian-British dual national who had just welcomed a new baby girl, was among the 56 passengers and ten crew on board Flight 804.

In Paris, the missing passengers’ family members and loved ones have been taken to a hotel near the Charles de Gaulle airport, which the plane flew out of on Wednesday night. They have been offered medical and psychological services, as well as a trip to Cairo.

At Cairo airport, families who had been waiting to meet passengers of the plane have been taken to a private room where they are being attended to by medical staff.

It has been a confusing time for both the families and authorities, after earlier reports that wreckage had been found near the Greek island of Karpathos turned out to be false.

“We stand corrected on finding the wreckage because what we identified is not a part of our plane. So the search and rescue is still going on,” EgyptAir vice chairman Ahmed Adel told CNN.

The initial confusion was compounded when the Egyptian civil aviation ministry said Greek authorities had on Thursday found “floating material” and life jackets likely to be from the plane.

The plane is thought to have been lost about halfway between the Greek island of Crete and Egypt’s coastline, or around 280 kilometres offshore.

Greek Defence Minister Panos Kammenos said the plane spun all the way around and suddenly lost altitude just before vanishing from radar screens around 2.45am Cairo time on Thursday.

It disappeared at about 10,000 feet, he added, and there were no reports of stormy weather at the time.

A crisis unit has been set up in Cairo, where Civil Aviation Minister Sherif Fathy said it was unlikely that the plane went down due to technical problems.

“But we have to wait for investigations.”

There was no immediate claim from militants that they had downed the plane and a US review of satellite imagery so far has not produced any signs of an explosion aboard the flight.

The highest official to speculate about what could have caused the sudden crash was French President Francois Hollande.

“Once we have the truth we can draw conclusions, whether this is an accident or another hypothesis that everyone has on their minds, perhaps a terrorist hypothesis,” Hollande said.

“But at this stage we must put first our solidarity with the families and into the search for a cause.”

Egypt and France have opened separate investigations into the accident, and Hollande and his Egyptian counterpart Abdel-Fattah al-Sissi agreed to cooperate fully.

In Brussels, US Secretary of State John Kerry offered his condolences and warned against “speculation”.

However John Goglia, a former US National Transportation Safety Board member, said early indications point to a bomb.

“Given the fact that (the pilot) made those abrupt turns without broadcasting any maydays would indicate to me that something catastrophic like a device happened,” he said, adding mechanical failure “still has to be considered, but at this point I would put that down pretty low.”

He said the plane’s black box would be the key to the crash investigation.

If it was terrorism, it would be the second deadly attack involving Egypt’s aviation industry in seven months.

Last October, a Russian passenger plane that took off from an Egyptian Red Sea resort crashed in the Sinai, killing all 224 people aboard. Russia said it was brought down by a bomb, and a local branch of the Islamic State claimed responsibility.