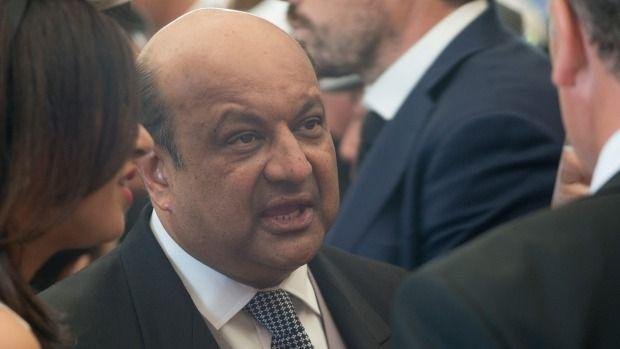 SBS chairman Nihal Gupta will resign from the broadcaster after a controversial 16 months in the role.

Communications Minister Mitch Fifield said in a statement that Mr Gupta had indicated he was stepping down for “personal family reasons”. Fairfax Media understands Mr Gupta has an ill family member.

Mr Gupta, a prominent Liberal party donor, was appointed in 2014 after beating former NSW Premier Nick Greiner for the position.

Labor questioned Mr Gupta’s credentials for the role following revelations he was the sole employee, as well as the managing director, of Digital Electronics Corporation Australia.

“It has been a privilege to chair SBS and I wish the organisation all the best for the future,” Mr Gupta said.

Mr Gupta came to the job after the government declined to appoint his predecessor, investment banker Joseph Skrzynski, for a second term. Malcolm Turnbull, then communications minister, had argued for Mr Skzrzynski to be reappointed but was overruled by former prime minister Tony Abbott.

Senator Fifield said the process to appoint a new chair will begin shortly.

“The Government thanks Mr Gupta for his service to SBS and commitment to a multicultural Australia,” he said.