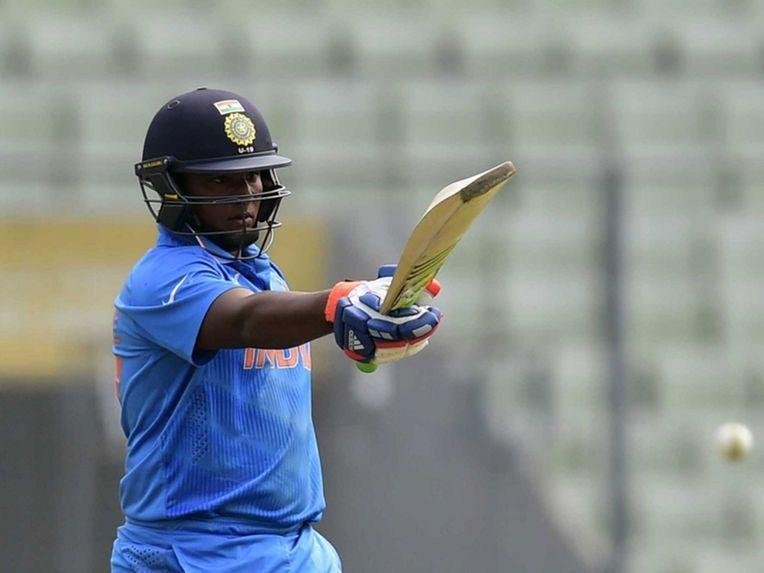 India’s newest batting sensation Sarfaraz Khan created a new record in the history of the ICC Under-19 World Cup when he slammed his seventh half-century in the final on Sunday. However, his fighting 51 was not enough as India went down to the West Indies by five wickets in the summit clash at Sher-e-Bangla Stadium in Mirpur.

Sarfaraz waged a lone war and hit 51 off 89 balls, including five fours and a six, against some lethal pace bowling from the Caribbean side. His crucial knock helped India post 145 in 45.1 overs. In reply, the West Indies rode on Keacy Carty’s unbeaten 52 to lift their maiden U-19 World Cup title.

Here are some interesting facts on Sarfaraz’s career:

# Sarfaraz’s seventh fifty in the tournament helped him surpass the West Indies’ Kraigg Brathwaite, who had held the record previously with six.

# He hit five fifties in six matches in the just-concluded tournament, while two of his half-centuries came in the 2014 event.

# Sarfaraz was selected for a stint with Hull Cricket Club for the Yorkshire League in 2012.

# He is coached by his father Naushad Khan, who was also a cricketer.