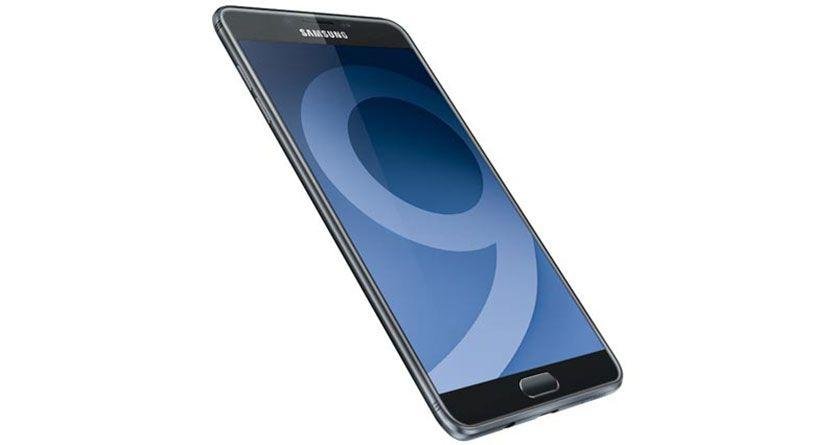 Samsung says those who pre-book the phone will get one time screen replacement warranty. According to terms and conditions, “customers pre-booking the device shall be eligible for a One Time Screen Replacement during a period of 12 months from the date of activation of the device by paying only Rs. 990 at the time of availing the offer.”

Samsung says shipments for the Galaxy C9 Pro will start from February 24, 2017. Users should note that all pre-booking benefits will be linked to their primary phone number, which is used for registration at the time of pre-booking. Samsung is also allowing pre-booking of the phone in select offline stores of the company.

Samsung Galaxy C9 Pro has a 6-inch full HD display (1080p resolution). This one has a Super AMOLED display. The phone runs the Qualcomm Snapdragon 653 octa-core processor clocked at 1.95 GHz with Adreno 510 GPU. C9 Pro comes with 6GB of RAM coupled with 64GB internal storage, which is expandable up to 256 GB via microSD card.

The rear camera is 16MP with f/1.9 aperture, phase detection autofocus and a dual-tone LED flash. There is also a secondary 16MP camera on the front with f/1.9 aperture for bright selfies under low light. The phone also sports a 4000 mAh battery, and supports a Type-C USB charging port, along with fast-charging capabilities.