Salman Khan, Shah Rukh Khan and Aamir Khan to be a part of Prime Minister’s event 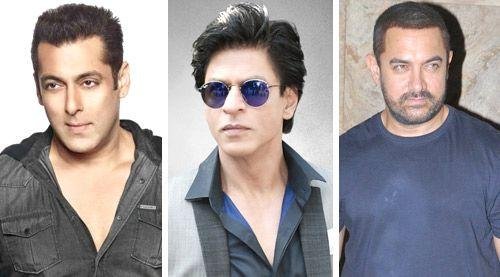 Though a film with the Khan trio is a distant dream, we hear that the three superstars namely, Salman Khan, Shah Rukh Khan and Aamir Khan are the top names of the guest-list of an upcoming event that will mark the second anniversary of the honourable Prime Minister Narendra Modi’s Government. Titled Zara Muskara Do, the event will be held at India Gate at the capital on May 26 and a crowd of over 60,000 is expected.

For this national event, a panel of ministers headed by Urban Development Minister M Venkaiah Naidu has been formed by the government that also includes Union Minsiters Nitin Gadkari, Piyush Goyal and Information and Broadcasting Minister of State Rajyavardhan Singh Rathore. The said event will feature short films that highlight the achievements of the Modi Government.

Besides the Khan trio, the event will also see several other celebrities being a part of the same along with the celebrity ambassadors of Swachh Bharat Abhiyan, Digital India and Rural Electrification. The guest-list of Bollywood personas includes the likes of Ajay Devgn, A R Rahman, Riteish Deshmukh, Rajkumar Hirani among others.