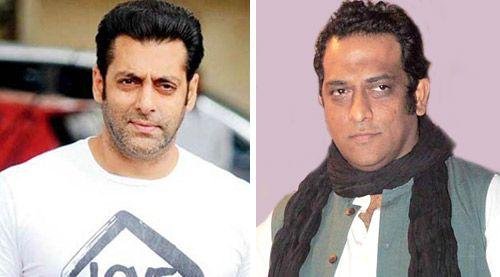 It looks like Anurag Basu decided to carry his loyalty to pal Ranbir Kapoor way too far. At a recent press event, Anurag said he would rather work with ‘risky’ Ranbir Kapoor (risky, because Ranbir’s recent film have floundered) rather than Salman because he found Salman ‘boring’.

The uncalled-for remark has embarrassed not only the film fraternity but also Ranbir Kapoor who is in any case going through stressful times with Salman because of the Katrina factor.

A filmmaker who is very close to Salman spoke up on the issue, “Anurag finds Salman boring on screen? He says Salman is doing the same thing in all his films. Strange, Anurag should say that at a time when Salman has done Bajrangi Bhaijaan and Prem Ratan Dhan Payo. As far as being boring goes, Ranbir’s recent films say it all. We don’t need to say anything.”

With Anurag Basu’s Jagga Jasoos incomplete and nowhere near release, ‘risky’ Ranbir is the only major star who would be willing to work with this director.

While Imtiaz Ali’s Tamasha where he plays the bored ‘everyman’ in search of excitement is said to be sagging at the edges, Ranbir’s other forthcoming film Jagga Jasoos which he is co-producing with his friend and Barfi director Anurag Basu is in serious trouble.

Says a source close to the project, “They started making Jagga Jasoos as a full Broadway styled musical with every dialogue sung by Ranbir and Katrina. After about 30 percent of the film they felt this format was not working. So they scrapped the songs and started from scratch.” Then Katrina had a fall-out with the director. Ranbir chose not to interfere in the cold war between his sweetheart and buddy.

We now hear that the film is being re-scripted and is unlikely to release before mid-2016. So that leaves Ranbir with only Tamasha.