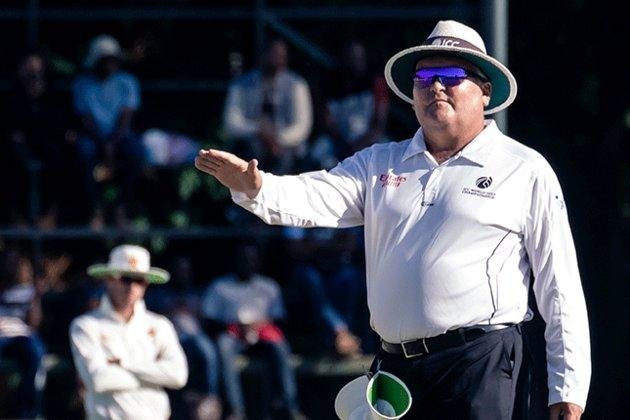 Two South African officials have been appointed on-field umpires by the International Cricket Council (ICC) for the upcoming Test series between the Proteas and Sri Lanka starting on Saturday.

Marais Erasmus and Adrian Holdstock are set to be paired once more after playing together as players for Boland.

For Holdstock especially, it will mark a special occasion as he makes his debut in five-day cricket following years of honing his skill at domestic level.

“When you start your career, it’s something you always dream about and aspire to achieve,” the 50-year-old said. “It’s the pinnacle of every umpires’ career.

“It’s been 14 years in the making with lots of sacrifices and commitments along the way, so I’m just very proud and stoked that the moment has finally come.”

What will make that moment more special is the fact that Holdstock will take to the field alongside his former captain and Boland team-mate, Erasmus, who he played eight of his 16 first-class matches alongside during his career as a player.

“It will obviously be special because we played together all those years ago,” Erasmus of the Elite Panel of ICC Umpires stated. “It’s also the first time I’m going to be umpiring alongside another South African at this level, which will be unique.”

The pair also stood together on Holdstock’s international debut when the Proteas played Australia in a T20 at Newlands back in 2011.

However, this is a whole new level for the former Wynberg Boys High School graduate, especially when it comes alongside such illustrious company.

Erasmus, an ex-pupil of DF Malan High School, not only has vast experience as an umpire, which has seen him stand in 62 Tests, 92 ODIs and 26 T20Is. He also enjoyed a strong playing career that spanned 53 first-class matches.

“He (Marais) has been a great role model,” Holdstock said. “From the ICC perspective he’s been the number one umpire for the past three years and he’s flown the flag really high for South Africa.

“And he’s put umpiring on the map for our country.”

Interestingly, this will be the first time Erasmus will officiate a Test match involving the Proteas and it will also mark the first time he is one of the two standing umpires for a five-day game in South Africa.

He had to officiate in 93 first-class games to get here and his old mate Erasmus, who stood in 44 games at domestic level before his chance, had a few words of advice.

“We must treat this just as another normal game,” he said. “We must put aside the fact South Africa is involved. That shouldn’t be an issue. This is just another Test match and to stand in any Test match is a real privilege.

“You have to have nerves, it gives you energy, your body knows you’re going into a battle when you’re excited about it.”

Holdstock welcomed the advice with full attention, especially when it came from a man in such high standing.

“He was my captain, so I had to listen to him when we played,” he joked. “What I was told to do, I had no choice but to listen to the it.

“But on a more serious note, I have complete respect for Marais and cannot wait for the weekend. His demeanour is similar to mine, he is calm and relaxed and has all those sort of qualities.

“So I don’t think I could have asked for a better colleague for my first Test match.”

The appointment of Erasmus and Holdstock also marks the first time there will be two South African umpires in a home Test since the 1992/93 series against India.

Another local Allahudien Paleker will work as the television umpire, countryman Bongani Jele is the reserve umpire and Zimbabwe’s Andrew Pycroft will oversee the series as the ICC Match Referee.

The two-match sequence takes place at SuperSport Park in Centurion (26-30 December) and at the Wanderers Stadium in Johannesburg (3-7 January) as the traditional Boxing Day and New Year’s Test matches.