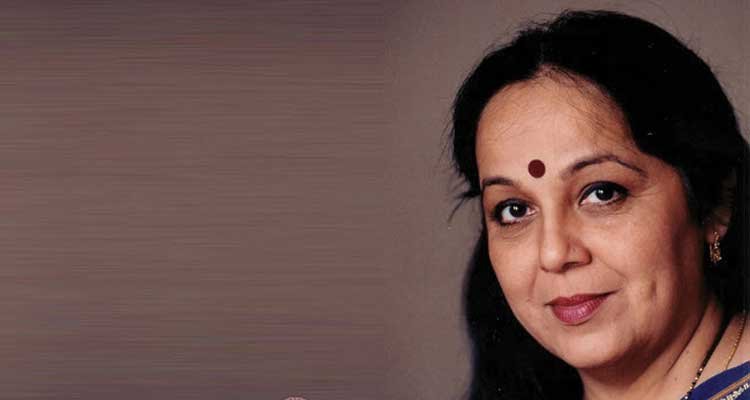 Well-known veteran Indian film actress Rohini Hattangadi is excited about acting in an Indo-Australian drama titled ‘Samantar’, a Hindi musical theatrical drama written and directed by Perth writer and actor Prashant Tupe. The production is scheduled to be staged in Perth, Brisbane, Melbourne, Sydney and Auckland and the versatile actress will share stage space with local artists from Australia.
Award winning Rohini has been recipient of The British Academy of Film & Television Arts (BAFTA), the only Indian actress to win the ‘Best Actress in a Supporting Role’ for her performance as Kasturba Gandhi in Gandhi (1982). She has also won two Filmfare and a National Film awards.
Trained in acting from the National School of Drama, Rohini worked mainly in theatre before she made her movie debut with ‘Arvind Desai Ki Ajeeb Dastaan’ in 1978. Some of her noted cinematic roles include art films such as Arth (1982), Party and Saaransh (1984).
Rohini and I chatted over the phone, here are excerpts from our conversation.
Rekha Rajvanshi: As a talented stage, TV and film artist, what appealed to you about acting in this drama in Australia?
Rohini Hattangadi: Well, when I was approached five months back, I I didn’t know the people involved. All I knew was that they do plays at an amateur level. When Prashant Tupe talked about the project I thought, ‘why not try it out’. It is good to work with this enthusiastic group. It is a learning experience – I learnt something and I could teach them something – it was mutual.

RR: Is this your first visit to Australia? How do you find it here?
RH: Yes it is. I have been busy with drama rehearsals so I haven’t seen much of Australia so far, but I can’t wait to go out and see this country’s natural beauty.
RR: How is ‘Samantar’ different from other plays in which you have acted?
RH: It is a very sensitive, contemporary story which Prashant had in mind about old parents coming here and facing certain situations for which they are not very prepared, and then realizing that there is no point getting upset at their children, as it’s their life which they have to lead without depending on children. ‘Samantar’ is based on the issues Indian migrants face in Australia. Theatre doesn’t give a solution; it just makes people alert about certain issues.

RR: You made your debut as ‘Kasturba’ in Oscar winning ‘Gandhi’; how was the experience?
RH: Gandhi was such a memorable experience, and so early in my life. I was only 35, and it happened right in the beginning of my career. Indeed, it was a wonderful experience working with wonderful people like Ben Kingsley, with whom I actually did my screen test and we clicked from there, so I was never stressed during the shooting.

RR: You also training Kathakali and Bharatnatyam, did you ever do dance performances?
RH: No, my dance training was in my childhood. When I started college, I was introduced to theatre. But dance is something we never forget.

RR: Is theatre still popular in India?
RH: Yes, theatre in India is flourishing more than even in Maharashtra and Bengal, and now in Karnataka. I am acting in a Marathi play, for which I have done nearly 75 shows from November onwards. Actually, some people are still surviving on theatre, at least in Maharashtra. I am also acting in a Marathi serial which is telecasted daily.

RR: Rohiniji you are so youthful and graceful even now, what’s your secret?
RH: One has to be youthful at heart; age doesn’t matter!