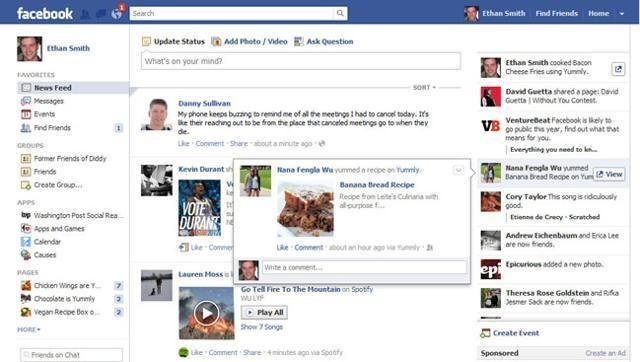 An unnamed former Facebook employee told Gizmodo that workers “routinely suppressed news stories of interest to conservative readers,” according to Gizmodo, while “artificially” adding other stories into the trending list.

Facebook told Reuters on Monday that there are “rigorous guidelines in place” to maintain neutrality and said that these guidelines do not prohibit any news outlet from appearing in trending topics.

Facebook did not respond directly though to questions about whether employees had suppressed conservative-leaning news.

“These guidelines do not permit the suppression of political perspectives. Nor do they permit the prioritisation of one viewpoint over another or one news outlet over another,” a spokesperson for Facebook said.

“Aside from fueling right-wing persecution, this is a key reminder of dangers of Silicon Valley controlling content,” tweeted journalist Glenn Greenwald (@ggreenwald).

“Well, you go to Hell, Facebook,” tweeted Kyle Feldscher (@Kyle_Feldscher), a reporter at the Washington Examiner, a conservative-leaning publication.

“For anyone who cares about press freedom, this is frightening stuff,” tweeted Bloomberg Editor Bill Grueskin (@BGrueskin), with a link to Gizmodo’s story.

“Former Facebook Workers” quickly became one of the top-ten trending topics on Twitter in the U.S. after the Gizmodo story broke.

The Conservative Political Action Conference (CPAC), one of the groups reportedly blocked from Facebook’s trending list, said it would closely monitor how the claims against Facebook unfold.

“If we can confirm that the allegations are true and accurate, that would be disappointing,” said CPAC Communications Director Ian Walters, who added that he was sensitive to the fact that the claims are as of yet unconfirmed.

A post on Facebook’s help center said that the “trending” section of the site “shows you topics that have recently become popular on Facebook.” It lists “engagement, timeliness, Pages you’ve liked and your location” as some of the factors that determine what trends show up for each Facebook user.