Record Number Of Indians To Contest For Victoria Local Polls 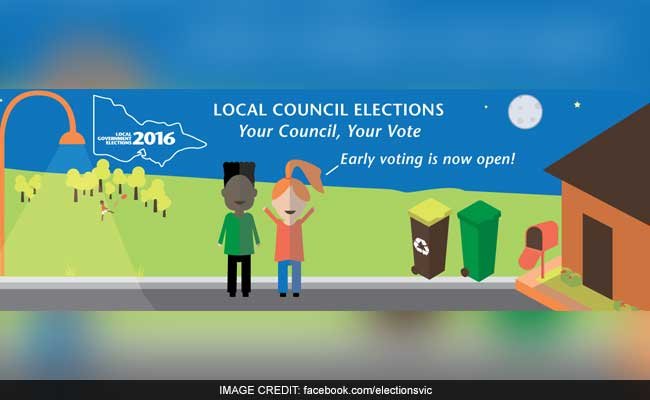 According to official figures, Victorian Electoral Commission received total nominations from 2,135 candidates for 637 councillor posts across 78 councils in the state.

In the upcoming elections, over 50 Indian-origin candidates will contest the election, the largest representation by the community for the first time.

Wyndham city council, the western region of the state, recorded the highest number of over 14 Indian-origin candidates as compared to other councils.

Wyndham, which had elected its first two Indian origin councillors in 2012, Gautam Gupta and Intaj Khan, received the highest nominations of total 95 candidates including of Indian background.

Mr Gupta, councillor and the first Indian-origin acting mayor of Wyndham, stressed that for any community to have representation in Australia politics was imperative in a bid to show the community integration into wider community.

Though his agendas as a politician would revolve around several local issues like hospitals and infrastructure, for Indian community he said it would be working on an Indian precinct in his council.

“We started several campaigns including ‘Racism:it stops with me’, multicultural business awards, Diwali and Holi Fest in Whyndam which were well recognised by both community and government and I will continue to work towards better infrastructure and multicultural issues if re elected,” Mr Gupta, who is again running from Chaffey ward this year, said.
For Pathankot-born Monica Raizada, it was her first time as a candidate and her work which she had been doing in domestic violence area prompted her to contest the local elections.

From Whyndam, one of the fastest emerging council in the state that holds 10 per cent of its total population from India, other nominees who will fight the elections include Satnam Singh, Kamal Ahmud, JS Aashat, Nirmal Singh, Dinesh Gourisetty, Himanshu Manocha, Sahil Gupta, Jagrutiben Dave, R J Singh, Rishi Prabhakar and a high profile entrepreneur and millionaire Intaj Khan.

A candidate of Casey council in south eastern region, Sid Banerjee said Indian community was the fastest growing community across the state and thus a higher representation.

“Migration from India has grown over the years and also that Indians love politics,” Mr Banerjee, who migrated from Kolkata 11 years ago and works as a bank manager here, said.

Gary Verma, an IT professional who is running from Melton council said his aim was to bring more schools and solve local issues like high tax rate on real estate in the council.

Indian-born population has trippled since 2004 in Australia with Victoria recording the largest number of over 111,000 Indians apart from New South Wales.